Kent County Council (KCC) is due to begin roadworks aimed at preserving the life of Ashford Shared Space and Lower High Street.

Once achieved the area will be better preserved for the longer term, making it more resistant to damage in the future and better accessible. 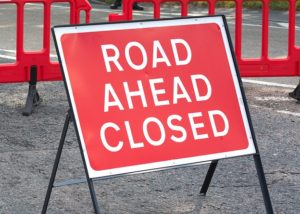 The scheme is a joint project by KCC and Ashford Borough Council (ABC), originally set up to improve the look and feel of the town centre as well as enhancing safety for pedestrians.

The first phase of roadworks will largely take place at night between 8.30pm and 5am.

They will begin in Forge Lane, between 1st and 7th November, before moving to West Street between 7th and 21st November. Contractors will then focus on the Godinton Road/Elwick Place area.

Further roadworks will then take place at Gasworks Lane on 28th November, Forge Lane and West Street on 29th November and finally Godinton Road from 1st December for two nights, marking the end of the first phases of the project.

Further phases are expected to continue after Christmas.

KCC’s Cabinet Member for Highways and Transport, David Brazier, said: “These improvements are essential to ensure the continued upkeep of Ashford Shared Space, which is an important part of the look and feel of the town centre.

“The proposals include various changes to materials and layout to make the Shared Space area more resilient to future damage and easier to maintain. On the Lower High Street, we shall be removing the uneven cobbles and replacing them with tarmac, which will provide an even surface and reduce future maintenance cost.

“It will also involve the resetting of uneven York paving slabs, replacing missing ones, as well as missing bollards and also addressing tree root damage – promoting easier access for those with additional needs and disabilities.

“I am pleased that Members and officers from KCC and ABC have been working collaboratively to plan these works, ensuring disruption is managed as far as possible.”

Executive Leader of Ashford Borough Council, Cllr Gerry Clarkson, said: “We believe our town centre should be a welcoming and safe place for everyone to visit, which is why I am pleased that the Shared Space area and Lower High Street are set for a major series of footway repairs, carriageway alterations and resurfacing. Together, the improvements will lead to a nicer, safer and easier to maintain public realm in the town centre.

“KCC and ABC Members and officers have been working collaboratively over recent months to look at the best way to take approach this work. I would like to acknowledge the role Cllr Bill Barrett and Cllr Peter Feacey have played in championing the need for the improvements to be made by the county council, and in finding a viable way forward for them to proceed.”

Details of road closures and diversions have been sent to residents and businesses in the areas most likely to be impacted.

More information on the works is available at www.kent.gov.uk/ashfordsharedspace.