The Sevenoaks Annexe of the Weald of Kent Grammar School was officially opened on Friday (November 3) during an event that featured special guests and entertainment by the pupils.

Guests were given a tour of the new £16m site in Seal Hollow Road before a ceremonial tree planting was carried out by MP for Sevenoaks Sir Michael Fallon.

Sir Michael was joined by Tom Tugendhat, MP for Tonbridge, where the original Weald of Kent Grammar School building is based, as well as KCC leader Paul Carter, KCC cabinet member for education Roger Gough and the school’s chairman of governors David Bower. 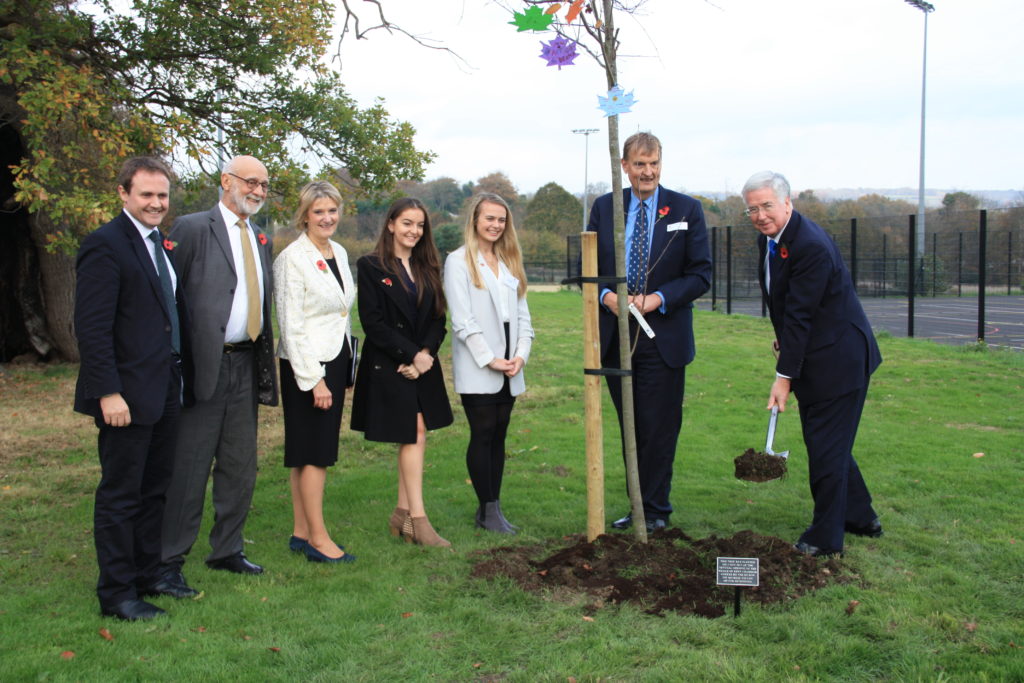 Guests then moved inside to the new school hall for speeches and entertainment.

Head teacher Mrs Maureen Johnson welcomed everyone to the new annexe and said she had been “absolutely overwhelmed” by the support received from parents, staff and students before inviting everyone to give themselves a round of applause.

Lean on Me by pupils in year 7 from Kent County Council on Vimeo.

Three pupils, Georgie Hales, Megan Tarr and Jemima Helm, gave a dance performance, prompting a round of applause from their audience.

Sir Michael then took to the floor and announced: “In 20 years as the member of parliament for Sevenoaks, this is my proudest day.”

The MP said the new annexe will benefit young people for generations to come, who will spend less time traveling and more time learning and socialising with friends now they have grammar provision in their own town. 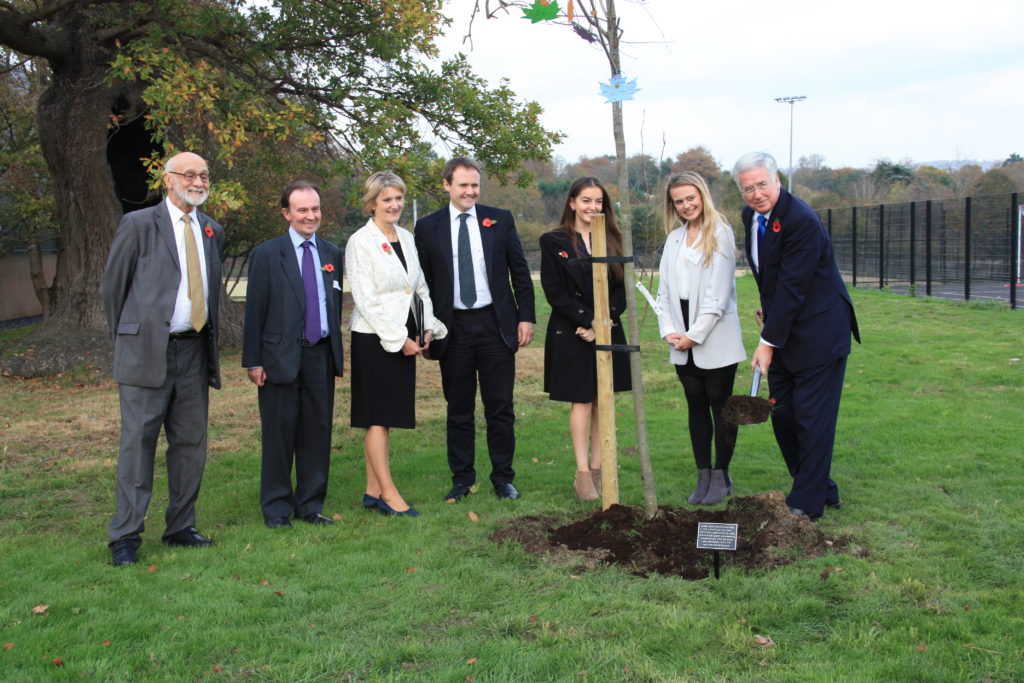 Visitors enjoyed speeches and performances after the tree planting

Two year 7 pupils, Charlie Edwards from the Sevenoaks Annexe and Polly Wild from the main school building in Tonbridge, read poetry before Mr Tugendhat took to the stage to tell pupils, teachers and parents how proud he was of them all for making the annexe happen.

A group of A level students gave a rousing musical performance before Mr Bower thanked everyone involved in the creation of the Sevenoaks Annexe.

With the speeches over, Mrs Johnson invited everyone to step outside the hall for a surprise.

When the doors opened, guests saw 300 year 7 pupils from both the Sevenoaks Annexe and the main Weald of Kent Grammar School site in Tonbridge, arranged in rows and ready to entertain.

The crowd fell silent as the youngest pupils sang an adapted version of Lean on Me with some visitors moved to tears. 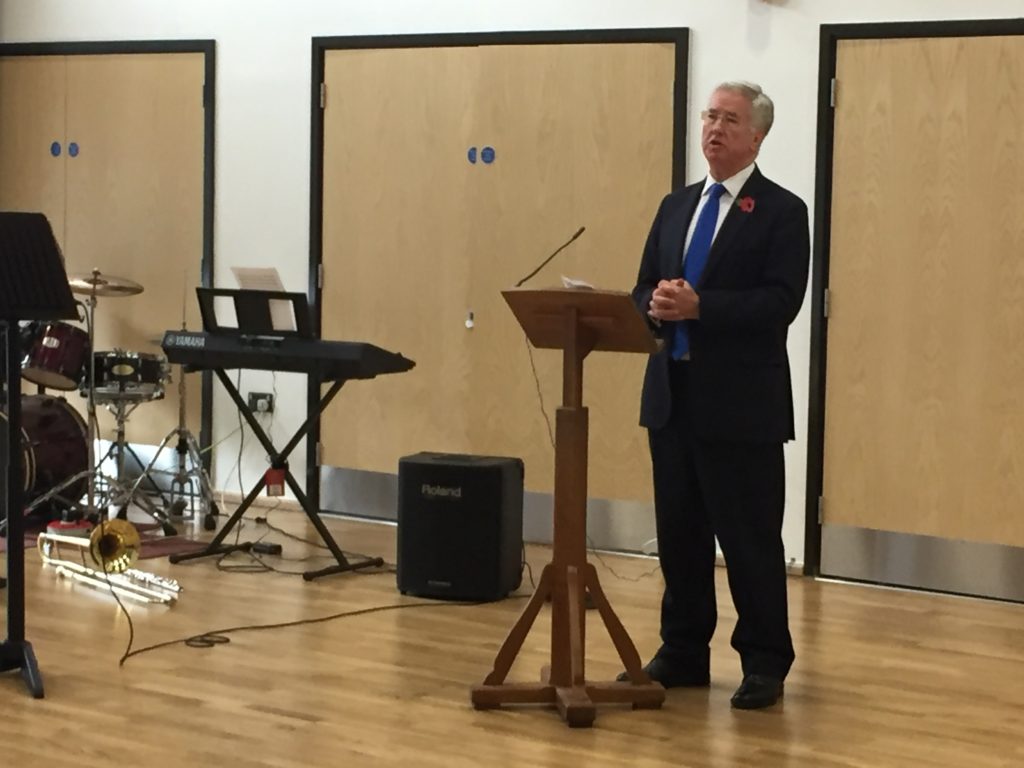 Speaking after the event, Mrs Johnson said: “The day was a huge success and much enjoyed by students, staff, governors and the 50 guests.

“Year 7 pupils worked together on the piece of music they sang at the close of the event. They also wrote messages on paper leaves, which were laminated and displayed on the tree that was kindly planted by Sir Michael Fallon and Tom Tugendhat MP.

“The song and the messages left no one in doubt that the unique ethos of the school community is already well embedded across the recently expanded school. Whilst the students based mainly in Sevenoaks spend one day a fortnight at the Tonbridge site, this was the first time they had welcomed their friends to the annexe.”

The annexe – the first grammar school provision in the country for half a century – was initiated by a petition, signed in 2012 by more than 2,500 people and presented to KCC, which agreed with parents that such a school was needed in Sevenoaks. 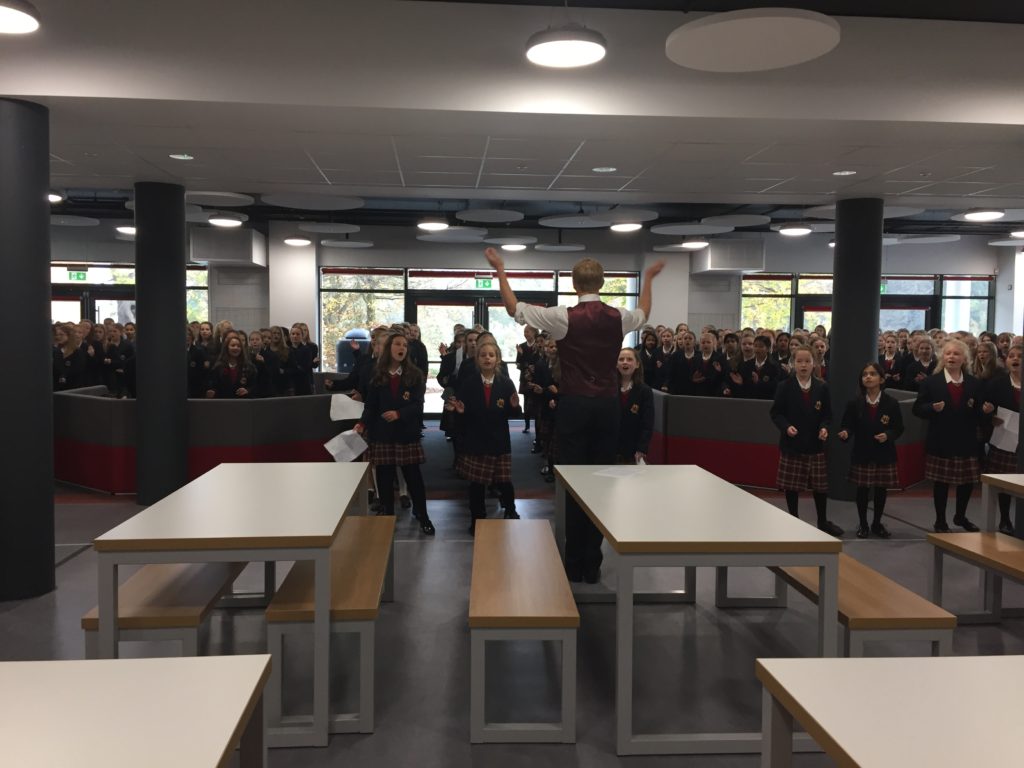 Before the annexe opened in September this year, Sevenoaks had been the only sizeable town in Kent without grammar school provision.

Its teaching facilities include specialist spaces for science, art and design, drama and dance, plus a new performance hall, a lecture theatre, large library, dining spaces and an all-weather sports pitch.

Roger Gough, KCC’s cabinet member for children, young people and education, said: “We are pleased to see this fantastic facility, which will benefit so many girls in Sevenoaks, officially opened.

“There has been significant and growing pressure on secondary school places in west Kent for some years and the Sevenoaks Annexe makes an important contribution to easing those pressures.”

Earlier in the year, KCC leader Paul Carter said the council was still hoping to find a sponsor school for a similar annexe for boys on the same site.

A new stand-alone grammar school is not allowed by law and as the Weald of Kent Grammar School is for girls only, the annexe had to meet the same criteria.