A ground-breaking scheme to help military personnel access public services has secured £321,000 in funding after KCC joined forces with six other councils, the NHS and forces charities around the South East.

The grant from the Ministry of Defence is aimed at making it easier for servicemen and women, as well as reservists and veterans, to access healthcare, housing, schools, financial advice and support to find jobs. The approach is set to be extended across the country. 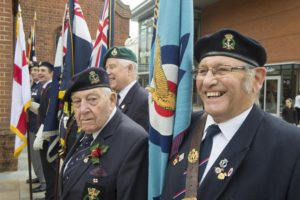 The scheme – to be known as Forces Connect South East – will involve training hundreds of frontline staff across the region to meet the needs of armed forces personnel. Other strands include developing an app to make it quick and easy for members of the forces to find the right support, establishing a network of career coaches to help those making the transition to civilian life and expanding the role and number of Armed Forces Champions.

Members of the armed forces can find it harder to access public services than the general population because of frequent moves, extended periods away and a lack of familiarity with support available. They may also need specific medical or social care as a result of their time in service. The new scheme aims to make sure they suffer no disadvantage compared to civilians.

The two-year project – the first of its kind in the country – is funded by the MoD’s Armed Forces Covenant Fund and is expected to form a blueprint to help other councils improve support for the armed forces.

KCC’s Armed Forces Champion, Richard Long, a serving Army Reservist, said: “Members of our armed forces have shown their commitment to public service and it’s only right they should have fair access to the full range of support available to us all.

“We warmly welcome this funding which will enable us to get this important scheme off the ground together with a range of other organisations across the South East. 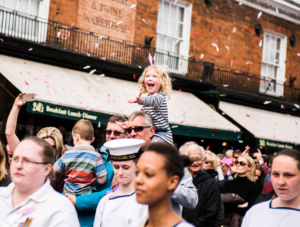 “Kent County Council has already been recognised for its support for the armed forces with a bronze employers’ award from the Ministry of Defence – this funding will help us go even further by learning from others, developing our approach and bringing it all together for the benefit of servicemen and women across the region and beyond.”

The organisations involved in the scheme are seven councils – Kent, Surrey, Hampshire, Medway, East Sussex, West Sussex, and Brighton and Hove – together with clinical commissioning groups in Sussex, Kent and Medway and the Royal British Legion and forces welfare charity SSAFA.

Col Andrew Barr, Deputy Commander of 11th Infantry Brigade, which is in charge of operations with regional responsibilities, said: “We are very pleased to be working together with our local authorities, service charities and CCGs to develop a gateway service that will make it easier for the military to access local services. This is a true partnership in the making.”