KCC Chairman Ann Allen has paid tribute to Kate French, the 30-year-old from Meopham, who has today collected the gold medal for the modern pentathlon at the Tokyo Olympics.

She won the event, which involves fencing, freestyle swimming, show jumping, pistol shooting and cross country running, with an Olympic-record points total of 1,385. 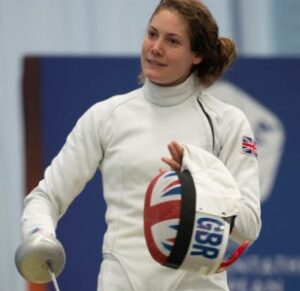 Millions of TV viewers saw her raise her arms in triumph as she crossed the finishing line 15 seconds ahead of the reigning Olympic champion in the final event.

Mrs Allen said: “It was a magnificent achievement. There have been some superb performances by many GB athletes and we should be proud of them all, but there is something special about seeing a girl from Kent stand in the middle of the podium, holding the Union Flag and receiving her gold medal.

Interviewed after her Tokyo success, she said: “I just knew I had to focus, and I knew I could do it if I focused on my shooting and ran as fast as I could.

“I tried not to think too much about getting a medal. I’m so pleased I was able to hold it together. It’s always been a dream and I can’t believe it’s come true.”