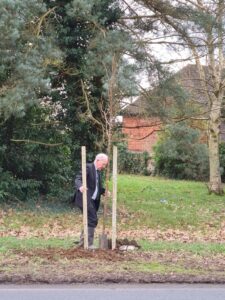 A tree planting scheme to restore an avenue in Tonbridge to its original look from 1930 has begun this week.

Cornwallis Avenue was officially opened on March 7, 1930 by Lord and Lady Cornwallis with the roadside lined with trees.

The name Cornwallis was spelt out by the initial of the trees planted from both ends: Cherry, Oak, Robinia, Norway Maple, Whitebeam, Ash, Laburnum, Laburnum, Ilex and Salix.

This original planting scheme is now being restored over two planting seasons by Kent Highways, following a survey to discover how many of the original trees had survived.

KCC Cabinet Member for Highways and Transport Michael Payne, was joined in the tree planting by Robert Huxford, Director of the Urban Design Group on Friday (March 5) to help with the restoration.

Michael Payne said: “I think this is a fantastic example of how Kent Highways are able to support the environmental agenda through tree planting as well as restoring a small piece of local history in Tonbridge. 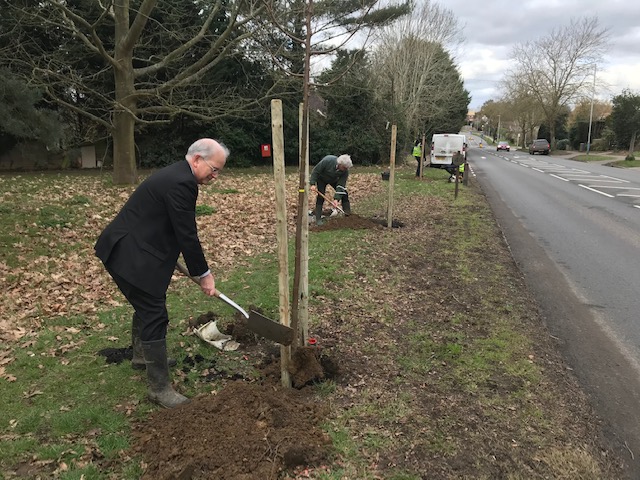 KCC Cabinet Member for Highways and Transport Michael Payne, was joined in the tree planting by Robert Huxford, Director of the Urban Design Group on Friday (March 5) to help with the restoration.

“It is also an acknowledgment of the work across Kent by the Cornwallis family. Their service to the county extended through several generations and roles included representing Maidstone in Parliament, Lord-Lieutenant and Chairman of the Kent War Agricultural Committee as well as the Chairmanship of Kent County Council itself.

“Kent Highways continue to play a key part in the way in which the natural environment is enhanced along our county’s roads. Apart from more tree planting in itself, the benefits to the community from nature and for our health are well recognised.”