He received the Community Alcohol Partnerships (CAP) Award for Outstanding Contribution from Craig Mackinlay MP for South Thanet at the Westminster launch of the CAP 2017 Impact Report on October 10.

Craig Mackinlay said: “I am delighted that Neil Butcher of Kent Trading Standards has won the Community Alcohol Partnership Award for his Outstanding Contribution. 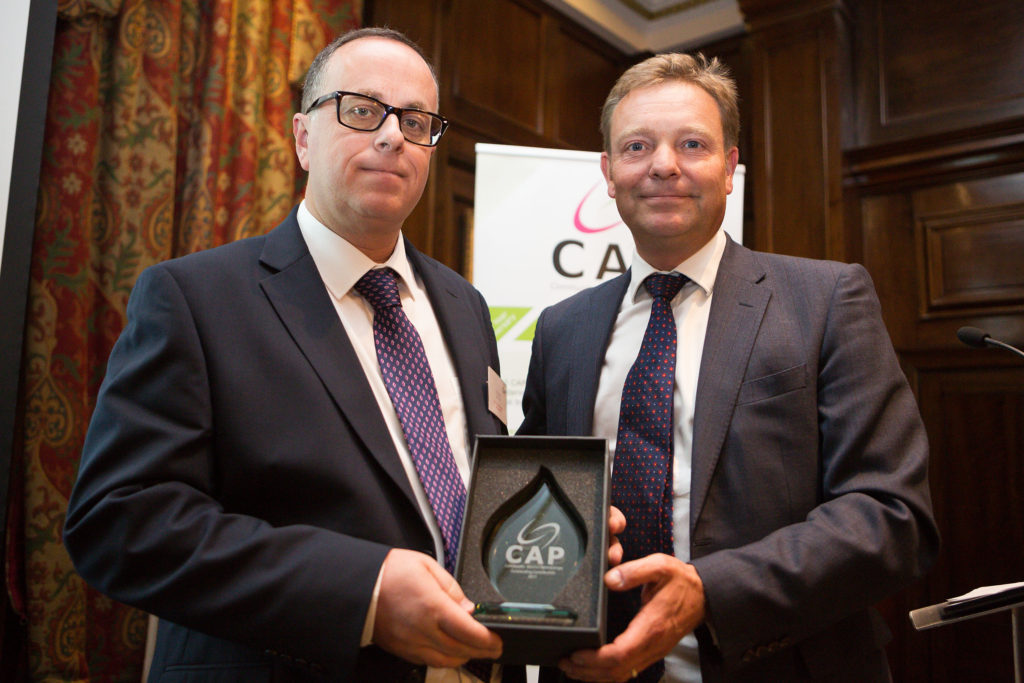 “I’ve seen first-hand how tirelessly Neil has worked to launch new CAPs in Ramsgate and Broadstairs this year, signing up businesses and schools and bringing together a wide range of partners, including local councils, police, fire and rescue services, schools, retailers and the community, all working to tackle underage drinking and associated antisocial behaviour in the area.

“In the run-up to the launch, over 400 pupils aged 14-17 were surveyed regarding their drinking habits, revealing that a quarter of them had been drunk in the previous four weeks. Neil’s determination to combat this is outstanding.”

CAP has now announced plans to double the number of CAPs around the country and extend its remit to provide continued support as children become young adults.

“It is clear from the compelling body of evidence presented in this report that CAPs are making a tangible positive difference to young people, residents and local communities.”

MP Fiona Bruce, chair of the All Party Parliamentary Group on Alcohol Harm, said: “It is absolutely vital that we protect young people from the devastating effects of alcohol harm.

“British children are more likely to binge drink or get drunk than children in most other European countries. This brings serious risks to their health and development and impacts on a wide range of issues, from underperformance at school and later exclusion from the job market, to mental ill health, sexual exploitation, homelessness and imprisonment.

“I very much welcome CAP’s joined-up, partnership approach to addressing this issue.”