Movie fans who want to see if their town has featured on the silver screen can now find out on an interactive map.

Kent County Council’s Film Office collated the details of feature films and TV dramas which filmed in the county back to 1940.

The Kent Movie Map details over 200 productions which have filmed across nearly 300 locations.

The earliest project to feature on the map is the film Contraband which was shot in Ramsgate.

The latest additions include BBC Two drama London Spy which features the Isle of Grain and Dartford Bridge.

The Movie Map also boasts themed trails including Austen, Bond, Dickens, Darling Buds of May and The Other Boleyn Girl, with a special Tudor Trail to be released next year. 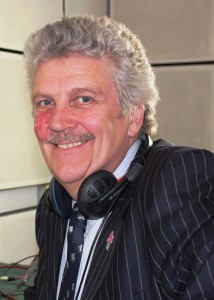 KCC Cabinet Member for Economic Development Mark Dance said: “This map not only shows how popular Kent is as a filming location but shows future productions that Kent is open for business.

“We have some of the most wonderful locations in the county which can be utilised by film crews from the sweeping landscapes of Eagle Heights to the coastal coves of Botany Bay.

“Last year, filming in Kent brought in £6.9 million to the local economy and I look forward to seeing what future films and television programmes are shot in Kent.”

Highlights of each district include:

Ashford: The village of Chilham is a film favourite having been used as a film location for a multitude of projects including the BBC adaption of Emma (2009), Top Gear 50th Jaguar Special (2011) and Miss Marple – The Moving Finger (2006).

Age of Heroes (2011), the true story of James Bond creator Ian Fleming’s time with the 30th Commando Unit also made use of the Ashford district, filming in Pluckley Village.

Canterbury: The earliest filming in Canterbury, rather fittingly dates back to the Michael Powell feature film version of Chaucer’s classic novel, A Canterbury Tale (1944). Canterbury City including the Cathedral, Wickhambreaux Village and The Red Lion Inn in Wingham all feature throughout the film.

Dartford: The Dartford Crossing briefly features for the dramatic chase where Hagrid and Harry are being ambushed by death eaters in the seventh instalment of the iconic film series Harry Potter, the Deathly Hallows – Part 1 (2010).

Dartford town was the setting for the Oscar winning short film, Wasp (2003), directed and written by Dartford-born Andrea Arnold.

Dover: English Heritage managed Dover Castle is one of Kent’s most popular filming locations having featured in productions such as Avengers: Age of Ultron (2015), Into The Woods (2015), Wolf Hall (2015) and The Other Boleyn Girl (2008).

Discovery Park was used for Brad Pitt feature film World War Z (2013) and has provided both the production base and locations for both series of Sky Atlantic drama The Tunnel (2013). 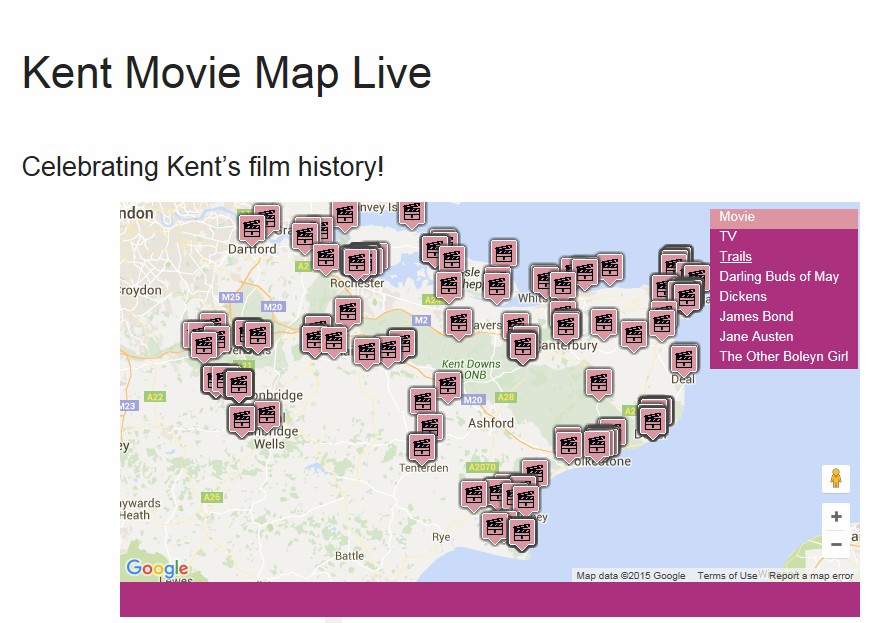 Gravesend has been used for filming by BBC One drama The Interceptor (2015), BBC adaption of Canterbury Tales – The Seacaptain’s Tale (2003) and feature film starring John Mills, The Long Memory (1953).

Maidstone: As well as being home to The Maidstone Studios which has attracted TV entertainments shows such as Take Me Out and Later… with Jools Holland, the Maidstone area has been seen on screen in productions such as Eastenders Easter Special (2007) which filmed in Wormshill and Harrietsham, ITV drama Half Broken Things (2007) filmed at Boughton Monchelsea Place and Teston Bridge Country Parks, which also features in Dunkirk (1958).

Also filmed in the Medway area include Black Sea (2014) starring Jude Law which used The Black Widow Submarine in Strood, BBC adaption of Dickens The Mystery of Edwin Drood (2012) which took advantage of Dickensian Kent and filmed at Rochester City – Eastgate House, the castle and Cathedral as well as Riverside Country Park and Fort Amherst appears in Val Kilmer thriller The Saint (1997)

Sevenoaks: Penshurst Place is a very popular film location, having welcomed productions including BBC dramas Henry V – The Hollow Crown – No Surrender (2012) and Merlin (2008) plus films including To Kill a King (2003), The Princess Bride (1987) and Anne of a Thousand Days (1969).

The National Trust’s Knole Park has been utilised for filming by Pirates of the Caribbean – On Stranger Tides (2011), Burke and Hare (2010), The Other Boleyn Girl (2008) which also filmed at nearby Hever Castle, and even The Beatles music videos for Strawberry Fields Forever and Penny Lane (1967).

Shepway: The area has attracted filming from projects such as drama series The Honourable Woman (2014) who used Romney Marshes, Saltwood Castle features in My Week With Marilyn (2011) and Michael Caine film Is Anybody There? (2009) filmed in Folkestone and Hythe.

Swale: Channel 4 drama Southcliffe (2012) was set in Faversham and filmed at a variety of locations in the area including Oare Marshes, which were also used for Mike Newell’s feature film adaption of Great Expectations (2012).

Swale has also starred in ITV’s Jekyll and Hyde (2015), feature film The Hide (2008) who used Elmley Nature Reserve and The Sweeney (2012) which used the Isle of Sheppey for a dramatic car chase.

The area has also been seen in productions such as ITV comedy Edge of Heaven (2014), Ricky Gervais Channel 4 show Derek (2013) which filmed in Broadstairs, Die Another Day (2002) with Pierce Brosnan as James Bond used the former Manston Airport site and the infamous Only Fools and Horses: The Jolly Boys’ Outing (1989) episode featuring Margate.

The town of Tonbridge featured in crime drama Missing series 2 (2010), Aylesford in Half a Sixpence (1967) and RAF West Malling Airstrip, which is now Kings Hill, was used for The Beatles – Magical Mystery Tour (1967). 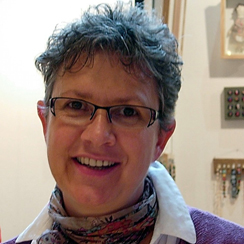 Gabrielle Lindemann from the Kent County Council Film Office said “The completion of the Movie Map is a great achievement for us and shows how popular Kent is as a filming location.

“The county can boast a very diverse range of locations we can offer to production complemented by the Kent Film Office services and, above all, the welcome extended by many local communities and facilities.

“Last financial year production spend in Kent totalled £6.9 million and we hope to continue the trend and attract many more productions to the county we can add to our Movie Map.”

Sinead Hanna, PR Manager of Visit Kent said: “Film tourism is a wonderful way to connect visitors to our landscape, our attractions and our people, and we actively encourage all Kent attractions, venues and locations to promote their links to the big and small screen to visitors.

“National research shows that eight out of ten tourists are influenced by films and TV when making travel plans, and the new movie map will be a fantastic resource for domestic and international visitors.

“Kent Film Office does a wonderful job of attracting and welcoming film and TV crews to our county, and we are delighted to see them showcasing the county’s cinematic successes in this map.”

“The historic backdrop, largely unchanged for 670 years combines with the warmth of a much-loved family home, to provide a plethora of special filming opportunity.

“From the Baron’s Hall built in 1341 and featured in Merlin through to the Long Gallery, the setting for much of hit TV drama Wolf Hall, the location has nooks and crannies covering every decade for 600 years.

“We are told by the film makers that visit us that it is this sense of history and informality that really sets the location apart. Also, being privately owned means we have the flexibility to meet the requirements of each individual production.

“We are very grateful to the Kent Film Office. It is a valuable asset for the county and has been hugely helpful in working with us to attract location scouts and film productions to Penshurst Place.

“Its promotion of Kent as an excellent film location that is not too far from London ensures our beautiful county continues to be showcased in film and TV.

“The popularity of Kent as a filming location is clearly evident when viewing the newly launched interactive film location map.”

Harvey Edgington, Head of Filming & Locations at the National Trust said: “From the awe-inspiring White Cliffs of Dover, which recently appeared in SKY’s crime drama The Tunnel to the great 17th century house at Knole, which famously doubled up as Tudor London in The Other Boleyn Girl, the National Trust cares for a wealth of unique locations in Kent.

“We’re delighted to see so many National Trust places featured on Kent’s Movie Map and hope that lovers of the small and big screen will be inspired to follow in the footsteps of the stars to discover these special places.”

Offering a range of services to the film and TV industry, the Kent County Council Film Office supporting productions by a location finding and research service, obtaining film permits, facilitating traffic management requests via the Kent (Filming on Highways) Act 2010, sourcing local crew and trainees and mediating any disputes.

The Kent County Council Film Office has been running since 2006 and has facilitated over 5,559 filming days which has brought in an estimated £40.4 million to the Kent economy.

To explore which productions have been filmed in Kent, visit: http://kentfilmoffice.co.uk/kent-movie-map/moviemap-live-2/