As the country prepares for the 2018 World Cup, Kent Road Safety is launching its summer anti-drink-driving campaign.

One in six fatal crashes involves a driver who has been drinking and over 50% of drink-drive collisions happen on residential roads.

The campaign will run from this month (June) through to the end of August with Kent Road Safety warning that wherever summer takes you – don’t drink and drive.

Research reveals that over the last three years, August saw the most drink related collisions, with most crashes recorded between 10pm and 11pm. 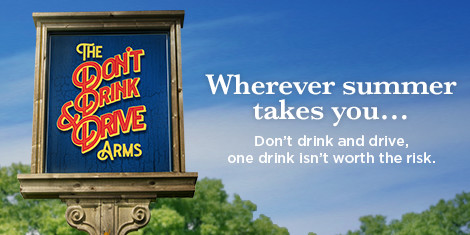 As the opportunities for drinking increase with longer summer days, people are encouraged to plan ahead and arrange alternative ways of getting home, whether by taxi or bus.

KCC’s Road Safety Team Leader Vicky Harvey said: “If you get behind the wheel after even one drink, you’re risking not only your life, but the lives of any road users you encounter.

“The message is clear and simple – one drink is not worth the risk. Book a taxi or ensure you have a designated driver for the evening. 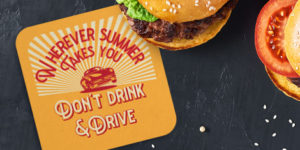 “Driving after just one drink can double the chances of crashing and getting behind the wheel at twice the legal limit makes drivers 30 times more likely to crash.”

Kent Road Safety is working with pubs across the county to provide posters and beer mats, specifically targeting venues where people may go and watch the World Cup games.

There will also be radio ads and messaging on supermarket petrol forecourts throughout the summer to remind people of the dangers of drink-driving before they begin consuming alcohol.

Serious penalties can be handed down to those convicted, with a driving ban of at least one year, an unlimited fine and, possibly, a prison sentence.

If a drink driver is found guilty of causing death or serious injury the punishments are far higher, including living with the consequences of causing needless grief to others.

Area Manager for Prevention and Protection at Kent Fire and Rescue Service (KFRS) Colin King said: “Every day KFRS is called to road crashes – around 1,000 every year.

“We see the devastating effect of these crashes and our firefighters often have to cut the victims free from the wreckage.

“Don’t risk becoming one of those casualties, or worse, by drinking and driving. It’s impossible for you to know how much alcohol will affect your driving – so the safest option is not to drink.

“It’s also important for drivers not to be distracted by drunk passengers, and to feel empowered to refuse to give anyone a lift if they feel they’re going to impact their ability to drive safely.” 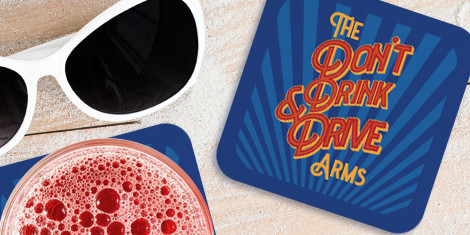 Chief Inspector Richard Smeed: “The message is simple – don’t drive under the influence of alcohol.

“Every year innocent motorists and pedestrians are put at risk and this campaign is about telling people who ignore the law that it is not acceptable.

“Our officers will be conducting proactive patrols of the county’s roads to target those who take to the road under the influence of drink and bring them to justice.”

Beware the morning after – you could be over the legal limit many hours after your last drink, even if it’s the ‘morning after’. Sleep, coffee and cold showers don’t help to sober you up.

There is no excuse for drink driving. Alcohol affects everybody’s driving for the worse. It creates a feeling of overconfidence, makes judging distance and speed more difficult and slows your reactions so it takes longer to stop.

A large proportion of all drink drive crashes occur within three miles of the start of the journey.

If you’re planning to drink alcohol, plan how to get home without driving.

Options include agreeing on a designated driver, saving a taxi number to your phone, or finding out about public transport routes and times before you go out.

Don’t offer an alcoholic drink to someone you know is planning to drive.

Even if you’re not driving, you can help reduce the number of people who are killed and injured every year by drink driving.

Don’t accept a lift from a driver you know has drunk alcohol.

There are strict penalties if you are convicted of drink driving, including:

However, this list does not reflect the everyday consequences of being caught drink driving which can include:

The Institute of Advanced Motorists calculate that a drink drive conviction could cost between £20,000 – £50,000 as a result of fines, solicitors fees, increase in car insurance and loss of job.