A Kent County Council (KCC) spokesperson said: “KCC has been advised of industrial action being taken by Arriva employees and the Unite Union in response to a dispute over pay.

“The first day of action is Monday 5th September. 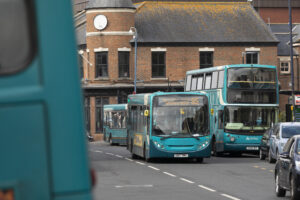 “This is entirely a matter between Arriva and their employees, which KCC cannot influence. KCC understands the impact this will have on residents and has sought assurance from Arriva that talks to resolve the dispute and avoid further action remain ongoing.

“The action is expected to include most bus drivers and will mean the majority of Arriva bus services in Kent will not operate on the days when action is being taken.

“On days affected, passengers are advised to assume that no Arriva service will operate including buses for school children.

“While services provided by other operators are not affected, these will not have capacity to absorb all other passengers and so parents and students who would normally travel on Arriva services are advised that they will need to make alternative arrangements for travel to and from school.

“Further strikes could follow on September 16th, 20th and 30th unless a resolution between the parties is reached.”