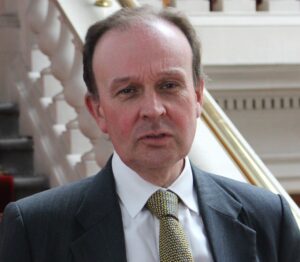 “We have all been horrified by the invasion of Ukraine and the brutality and suffering that it has unleashed.

“As a sign of our support and commitment to the Ukrainian people, our Chairman Lesley Game, acting with cross-party support from all Leaders, has asked that the Ukrainian flag is raised over County Hall.

“We have also taken a range of pragmatic and practical steps including urgently reviewing the County Council’s commissioning activity and our own supply chain, and that of our companies’, to ensure that there is no exposure to Russian interests that could in any way help finance President Putin’s regime and its aggressive policies.

“In the very few cases where activity involving Russian interest, for example in the energy market, has been identified, all new transactions have been stopped.

“LASER is KCC’s wholly owned energy buying organisation which acts on behalf of many public sector organisations. It has suspended Gazprom from its existing fixed-price gas framework and will not be including them in future contracting opportunities. Gazprom is not part of LASER’s flexible gas or electricity supply frameworks.

“We are also aware of a very small number of legacy arrangements, having originally found them via the LASER framework, where customers are contracted directly with Gazprom. LASER will be giving the strongest possible advice to those customers to terminate their existing direct contracts.

“In recognition of the fact the current crisis exacerbates a number of the risks that we face as an organisation, I am receiving direct regular updates regarding our cyber security. We have robust security systems in place to deal effectively with such threats and those systems remain under constant, close review. 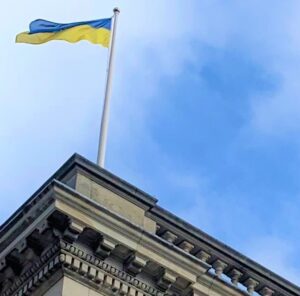 “I am also acutely aware of the potential cost and supply chain impacts on our budget and we will be reviewing this issue collectively, and publicly, in our Cabinet meeting at County Hall tomorrow (Thursday, 3 March 2022).

“I have been liaising closely with the Kent Pension Fund Committee Chairman who has advised that the Fund’s exposure to Russian assets is very limited at 0.3% of the total fund. KCC via its treasury management investments also has a very small Russian exposure of 0.03% of total investments. Officers are in active dialogue with fund managers regarding decreasing our Russian exposures wherever possible.

“Finally, Kent County Council stands ready to help address any wider impacts of the current crisis. KCC is a core member of the Kent Resilience Forum (KRF), the partnership of agencies who work together to protect communities in Kent and Medway.

“The KRF works to the Civil Contingencies Act 2004 and is liaising with central government and partners as the current situation evolves. I know all its representatives stand ready to support a multi-agency response across the county should it be needed.

“I, along with every single Member at KCC, am proud to be an elected representative of one of this country’s democratic institutions. This brutal assault on a European state that has been building such democratic institutions over a generation threatens our common values, and we stand in solidarity with all those in Ukraine who are defending their country and their freedoms.”

Statement from the Leader of Kent County Council on the Ukraine crisis was last modified: March 5th, 2022 by Scarlett Elworthy