A multi-million pound scheme to ease congestion on a route between Dartford and Greenhithe has begun.

The A206 St Clements Way is located on the important A226 strategic route between Dartford and Gravesend and provides links to the A2 and Dartford Crossing and access to the Bluewater and the Crossways retail parks.

Substantial new development has been built in the area and with more planned, traffic flows and congestion are likely to increase. 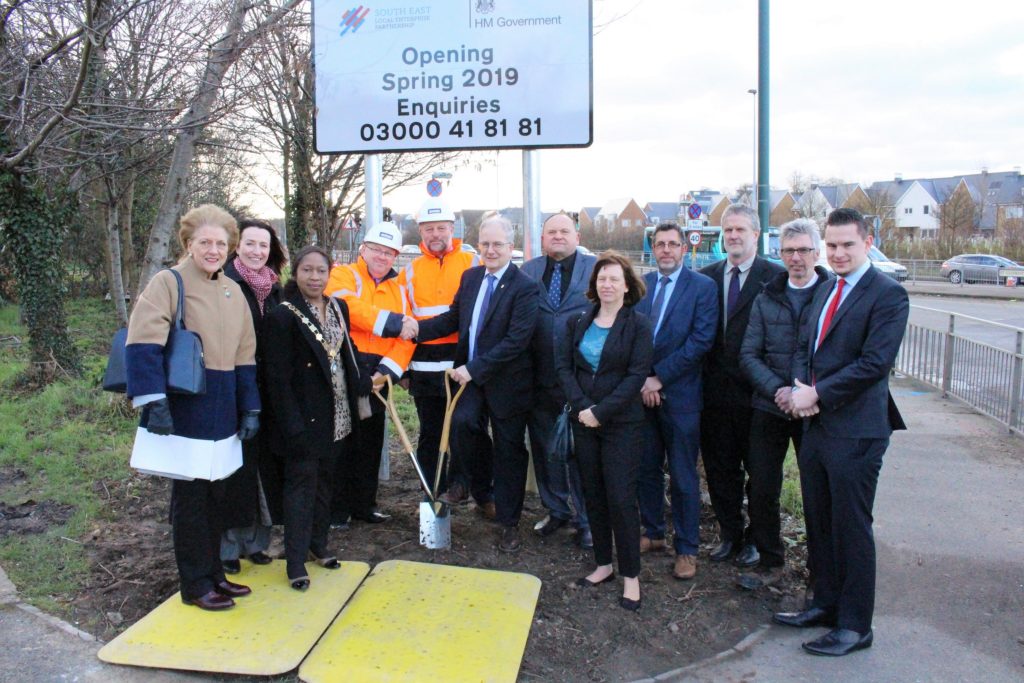 Mr Payne said: “It’s great to see work get underway on this important project which aims to reduce congestion in an area that is only going to get busier in the years ahead.

“Whilst I appreciate there will be some inconvenience while work is going on, I believe it should make it better for all highway users in the future including buses, pedestrians and cyclists as well as cars.” 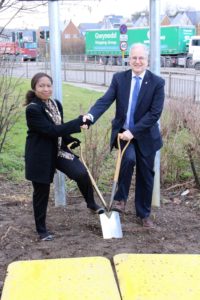 The work, which is due to be completed by spring next year, will see the size and capacity of the London Road/St Clements Way roundabout increased and the provision of a new northbound bus lane along St Clements Way between London Road and Crossways Boulevard.

St Clements Way provides direct access to Greenhithe Station and forms a key link for the Fastrack bus service and other important bus services in the area.

The existing pedestrian crossings will be upgraded with more efficient traffic lights and the existing footpath along St Clements Way, between London Road and Mounts Road, will be converted to a shared cycle path.

KCC also intends to provide a noise fence to screen residents affected by the increased traffic along the road and this will be integrated into the design of the replacement landscape planting. Work began earlier in January to clear existing vegetation ahead of the roadworks themselves starting this month.

The improvement scheme forms part of a wider package of improvements – such as work on the A2 Bean junction – and is aimed at reducing congestion and catering for future growth and development in the area.

That’s why by 2021 Government will have invested over £12bn through the Local Growth Fund, allowing LEPs to use their local knowledge to get all areas of the country firing on all cylinders.

The remainder of the £2.7million funding is coming from developer contributions as part of their planning commitments.

Anyone with concerns during the works can visit @StClementsWay on Twitter, call Rebecca Edwards, the public liaison officer on 07970 358089 or email at redwards@jackson-civils.co.uk