A team of able volunteers have come together to help educate drivers and raise awareness of the issue of speeding in Langley with Speedwatch equipment purchased with a £1,000 KCC members grant from Eric Hotson. 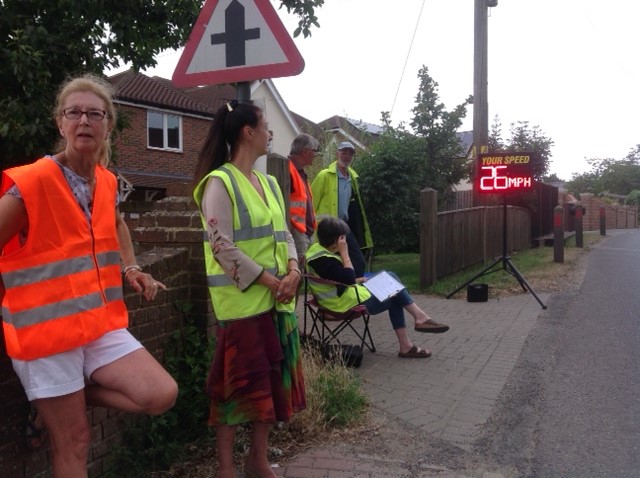 Increased speeding has raised concern among the village residents

Langley village has been suffering from increased speeding from drivers who have shown disregard to the speed limits in the area.

This has raised concern among the village residents who have come together to help address the issue as well as collect data to be used at a later date when traffic calming schemes are considered.

Although not much fun for them in the winter months the committed group of volunteers regularly go out at various times and hotspots in Langley to help reduce speeding in the area.

Speedwatch team out and about in Langley was last modified: November 29th, 2016 by Allison Allan