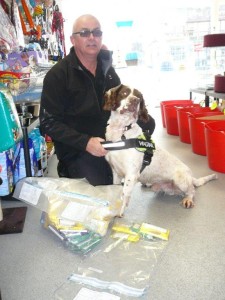 Smuggled cigarettes and tobacco have been stubbed out after being seized by KCC Trading Standards officers.

In total 760 cigarettes were found at one premises – with 2,340 single cigarettes in total seized – alongside 75 pouches of tobacco in raids on seven shops, two in Dover and five in Folkestone.

The operation was carried out yesterday (Wednesday) alongside Kent Police and Wagtail International, specialists in detection dogs and dog handler training.

Immigration officers were also called and a man was arrested on suspicion of entering the country illegally.

The health warnings on the packs were not in English and did not have picture-warnings, a legal requirement for them to be sold in the UK.

Steve Rock, Head of Kent Trading Standards said: “We are working to stop the trade in illicit tobacco.

“Smoking is one of the biggest causes of ill health, and illegal tobacco is likely to be sold to children and undermine people’s attempts to quit smoking.

“Illicit tobacco requires organised transport and supply networks, which means organised crime comes into an area, the sales funding other criminal activity, at the expense of the local community and economy.

“The tobacco and cigarettes are often hidden behind false walls or in secret drawers, and so we use sniffer dogs as they are vital in detecting these hidden illegal stashes”

Investigations are continuing by both Trading Standards and HMRC following the seizures. 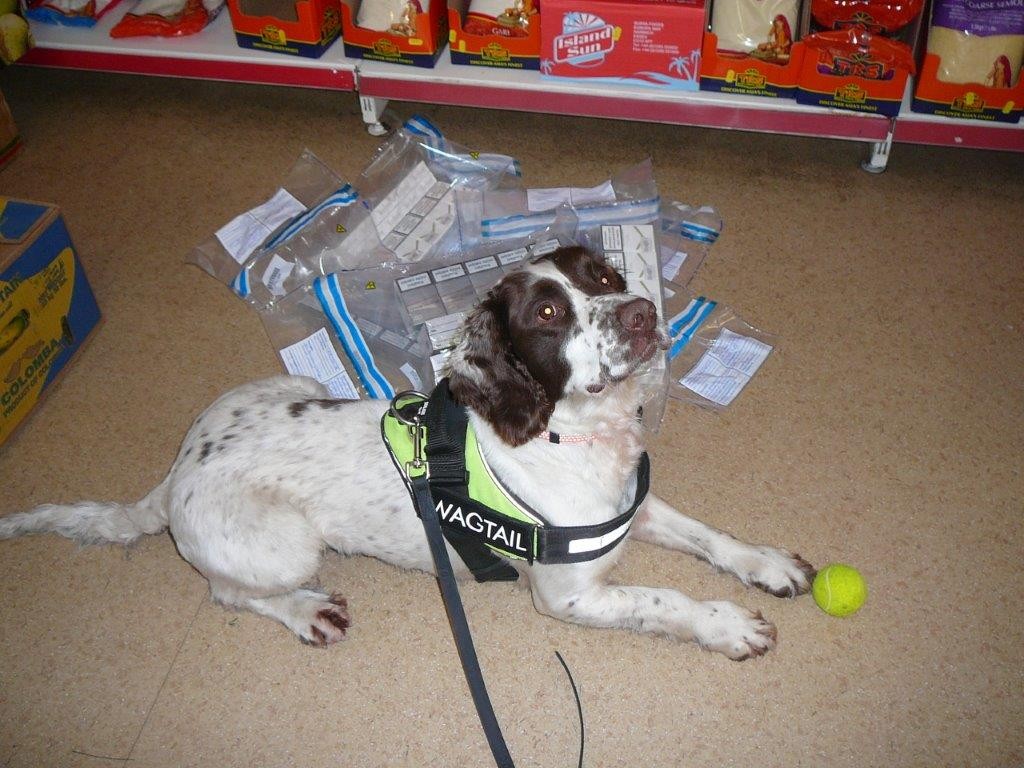 Milo with some of the seized cigarettes, and his ball

PC John Weller of the Community Safety Unit: “This was a good result, with tobacco being seized and a person detained for suspected immigration offences.

“It’s a great example of how we work together with partner agencies to tackle crime and anti-social behaviour.”