Kent County Council’s support for ex-service personnel and Reservists has been recognised today with the Ministry of Defence Employers Recognition Silver Award – only six months after receiving the bronze award.

KCC says it appreciates the valuable contribution that Reservists make to the UK Armed Forces, their communities and the workplace and offers 10 days’ paid leave to those working for the council. 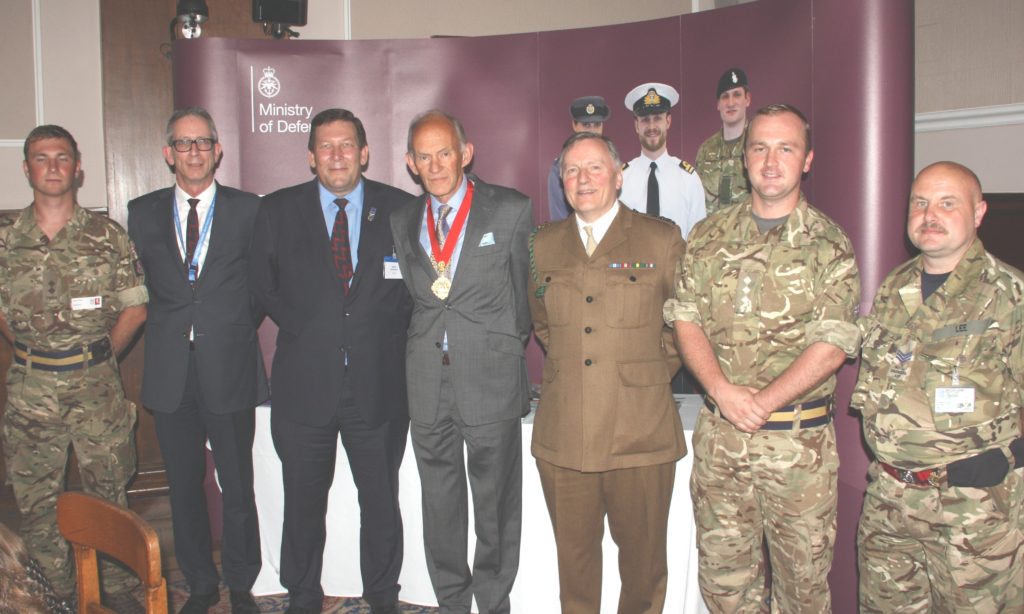 KCC’s close relationship was cemented by the signing of the Kent Armed Forces Community Covenant in 2011 to enable the armed forces community to access public services without fear of disadvantage.

“We are delighted that KCC’s support for the forces has been recognised.

“We are one of the largest employers in Kent and a very military friendly employer, strongly supporting the employment of service leavers and veterans. We are planning to develop further positive support to the recruitment of service spouses and partners.”

KCC works closely with Royal British Legion Industries in employing wounded, injured and now disabled service leavers and also with the district and borough councils through its network of Armed Forces Champions and Covenant Officer Champions.

KCC is already firmly committed to addressing countywide issues relating to the Armed Forces Covenant including school admissions, employment, health and housing as it widens the understanding of the needs of the military and veterans including the above relating to families of current or ex-servicemen and women.

Mr Long said: “Kent has not just signed the Covenant but has actively sought and found ways to make it a reality in Kent.

Canon Peter Bruinvels, KCC’s Civilian-Military Liaison Adviser, said: “Having seen the links with the military in Kent grow closer and closer, it is no wonder that the MOD deemed us to be a worthy Silver Award recipient.

“Our Reservist policy is second to none and one of the most generous. Our service children are really helped in finding schools of their choice and our veterans are treated with respect in recognition for the sacrifices they made over the years to keep Britain and Kent in particular, safe and free.”

The South East Silver Awards Ceremony will be held on the evening of 6 September on board HMS Victory.

Silver award for KCC’s support for the military was last modified: July 26th, 2017 by Ellis Stephenson