Kent County Council is reminding drivers about their responsibilities to stop for school crossing patrols.

School crossing patrols have a legal right to stop traffic for anyone who needs help crossing the road.

Elena Lewis, 57, has been a school crossing patroller for the past 14 years working at both Wrotham Road school and Mayfield Grammar School.

On July 12, 2018 she was knocked down by a car on her crossing on Pelham Road, alongside a young pupil as she allowed children to cross.

The driver pleaded guilty to causing serious injury by dangerous driving and was sentenced on December 12 last year.

He received a 21-month suspended sentence and was ordered to do 250 hours of unpaid work, a six month tagged curfew from midnight to 7am, a driving ban for three years and will not be allowed to drive until he passes an extended test. 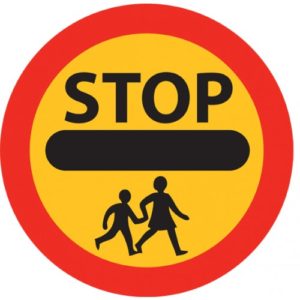 Mrs Lewis said: “I put my stick out and at the top of the road I could see a car heading towards me. I stood there waiting as some girls crossed and as she went to cross, I noticed this driver was just carrying on driving towards me.

“I just stood there expecting he would slow down and stop but suddenly realised he wouldn’t, and the car smacked into me and I went flying.

“I’ve no idea why he didn’t stop. When you do it for as long as I have, you can read the cars but this one didn’t slow down or do anything. He wasn’t going fast – I don’t understand it.”

Mrs Lewis, who lives in Gravesend, was off work for six months with a shattered knee and still has pain in her legs. The girl crossing the road received a head injury.

She added: “A lot of people are late for work, or whatever, but they need to slow down earlier and be aware that there’s a crossing patrol and children are crossing the road.

“Some people think they can speed up and get past me or they sit behind me creeping towards the crossing – where do they think they’re going to go? Others drive right up to the crossing and hit their brakes. People need to slow down and realise the stop sign means stop.”

It is an offence to fail to stop when a school crossing patrol displays the stop sign.

KCC cabinet member for transport Michael Payne said: “Failing to stop puts vulnerable road users at risk and, as in this terrible incident, our own members of staff.

“School crossing patrol officers have the same authority as a police officer to stop traffic.

“Our patrol staff are instructed to report any driver who fails to stop to the police and this leads to prosecution.

“I appreciate that some people are in a rush, but this is no excuse and a little patience can go a long way in making our roads safer.”

Remember when you approach a school:
• slow down when you see a patrol warning sign or flashing lights and be prepared to stop
• stop when the patrol is displaying the stop sign
• be patient and do not move forward
• do not park where the patrol works, on zig-zag lines or other areas with parking restrictions