The Queen’s Baton Relay arrives in Kent next week ahead of the Commonwealth Games.

Several towns in the county have been included in the route the baton is taking across the UK before it arrives in time for the Games’ official opening ceremony in Birmingham on 28 July. 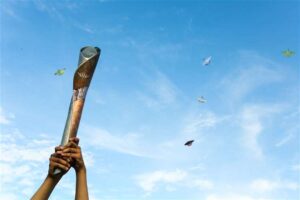 The Queen’s Baton Relay is coming to Kent. Picture: Birmingham 2022

Since its inaugural appearance at the Cardiff 1958 event, the relay has been a tradition of the Commonwealth Games.

As the baton travels across the country over 29 days, it will be carried by up to 130 baton-bearers each day, including many nominated in recognition of their contributions to their local community. They include KCC Senior Innovation Engineer Fil Kamps, who is currently working on the Homes for Ukrainians project.

The baton began its journey at Buckingham Palace on 7 October last year when the Queen placed her message to the Commonwealth into the baton. 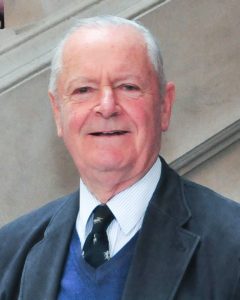 Since then, it has visited Commonwealth nations and territories across Europe, Africa and Oceania.

The baton will arrive in Kent on Thursday (7 July) with a first stop at Tonbridge Castle, before moving on to Canterbury, Folkestone, Deal, and Dover on the same day.

The following morning between 8 and 9 am it will be in Gravesend where a busy schedule of activities and events has been planned.

During its time in he town, the  baton relay will visit the Guru Nanak Darbar Gurdwara, where guests will include Mike Hill, KCC’s Cabinet Member for Community and Regulatory Services.

He said: “The Commonwealth Games are well known for the friendly spirit in which competitors take part in a celebration of international sport.

“Taking the Queen’s baton to all the participating countries in the months before the Games begin has become a popular tradition and I hope that as many people as possible come out to cheer on the baton-bearers as they visit communities right across the county.”

The baton will be carried through the streets of Gravesend to Town Pier, where it will be taken on board a boat and ferried across to Tilbury from where it will start its tour of Eastern England.

Queen’s baton relay to be welcomed in Kent was last modified: July 1st, 2022 by Ellis Stephenson