A man who imported four puppies illegally into the UK faces fines and costs totalling more than £3,000, following a prosecution by KCC Trading Standards.

Canterbury Magistrates found Jiri Marusinec guilty in his absence of illegally landing the pug puppies into the UK in May this year. 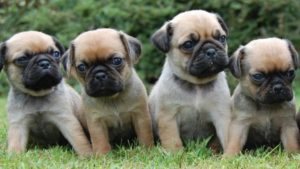 They were told that a Border Force Officer intercepted a vehicle arriving from France at Dover Eastern Docks.  When he conducted a search of the vehicle and removed a jacket from the headrest of the passenger seat, a box of four pug puppies was revealed in the rear footwell passenger side.

Up to five pets can enter freely provided they comply with the Pet Passport Scheme.  However, magistrates heard that the puppies had not been microchipped, had not been vaccinated against rabies and did not have pet passports.  The puppies were confirmed to be aged between 8-10 weeks old therefore too young to be part of the scheme since the animals must be at least 12 weeks old to receive the rabies vaccination.

Marusinec had not undertaken any checks about bringing animals into the UK despite having travelled to the Czech Republic to get a dog.  He had also failed to declare the puppies in Calais before boarding the ferry, as he did not realise he had to.  Had he not been stopped Marusinec would have taken the puppies to his London home.

The puppies were quarantined and unfortunately one had to be put down due to welfare concerns a couple of weeks later.

In his absence, Marusinec was fined £200, ordered to pay £2,689.66 to the Dogs Trust in compensation and £180 costs to KCC Trading Standards, together with a £30 victim surcharge. Where puppies are abandoned by their owner whilst in quarantine, arrangements between the kennels and the Dogs Trust can guarantee the kennels costs. The compensation award recognises these costs.