A puppy importer who tried to bring five dogs into the UK through the Channel Tunnel using false pet passports has appeared in court.

In a prosecution brought by KCC Trading Standards, Canterbury Magistrates were told that a vehicle in which Attila Istok was travelling was intercepted by the Police on 15 February (2016) and the Animal and Plant Health Agency (APHA) was alerted.

The vehicle contained a large wire cage in which there were five puppies confirmed as coming into the country for onward sale.

Istok was asked for the animal’s paperwork and passports and a health certificate were provided which at first appeared to be in order. 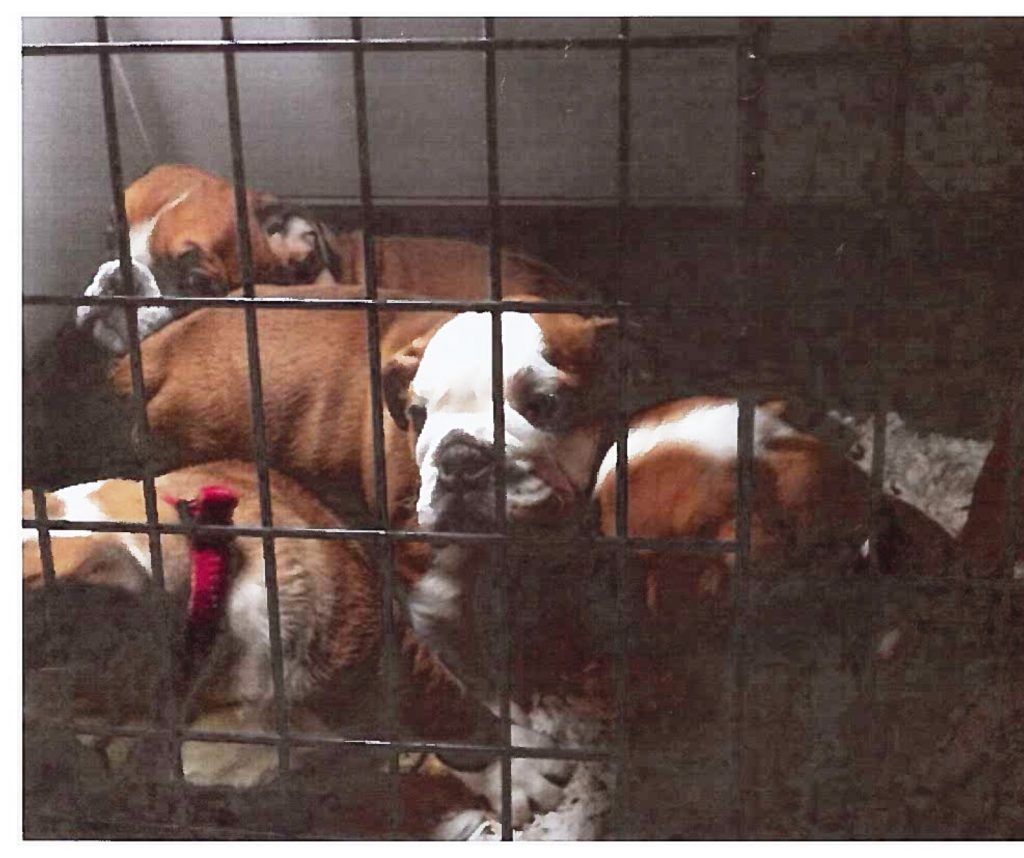 The English Bulldogs were younger than the passports stated.

As a commercial operator Istok was asked to provide his Transporter’s Authorisation and Vehicle approval but neither he nor the vehicle was registered.

On further inspection by APHA inspectors there was concern that the puppies were younger than the passports stated.

A vet inspected the animals in quarantine and she aged the puppies at 10-11 weeks, rather than the 17 weeks stated in their passports. Four of the five puppies tested positive for Parvo virus and were euthanized.

The fifth puppy was isolated and after further treatment was able to be rehomed. A dog charity paid for the quarantine and the veterinary care of these animals.

The court heard (on Tuesday 20 September) that Istok, from Southampton, had previously brought animals into the country.

However, these had been his pets and he had not realised there was a difference in the rules if the animals were transported for a commercial purpose.

On this occasion Istok claimed that he had collected these puppies from France, from a man whose name he didn’t know. Istok was promised about £200 and expenses for collecting and transporting the animals.

Istok pleaded guilty to illegally landing the animals in the UK, in this case not even meeting the first requirement of animal identification since they were not microchipped.

Magistrates took into consideration his early plea, and that he accepted it was his responsibility to comply with the relevant regulations given he was bringing the animals into the country.

Although this was a commercial operation, Istok played a lesser role in the organisation.

He was sentenced to a community order for 12 months including 100 hours unpaid work and ordered to pay a contribution to prosecution costs of £3,000 plus a victim surcharge of £60.

KCC Trading Standards Operations Manager Clive Phillips said: “There are strict disease and welfare requirements which transporters should adhere to when transporting any animals.

“The success of the United Kingdom’s disease control is only effective if all those transporting animals fully comply.

“Those responsible for the transport of animals must comply with the importation requirements not only so as not to break the law but also to ensure the health and safety of the public and animals in general.

“In particular, the laws governing what age puppies can be transported is not only there to ensure the puppy has been adequately vaccinated and clear from rabies but also for the puppy’s own welfare.

“We recommend anyone wishing to buy a puppy to do your research and not look for the cheapest option – always make sure you see the puppy with its mother and if you are in doubt, don’t buy it.

“In this case, the actual location where these dogs were bred and their living conditions will never be known.

“By purchasing one of these dogs you could be funding this type of organised crime and adding to the suffering of the animals”.