There was a buzz of excitement at three Kent schools as pupils found out they had won big prizes for their efforts to save wild bees.

Dartford’s Wilmington Academy was highly commended and received a £150 prize for the same purpose. 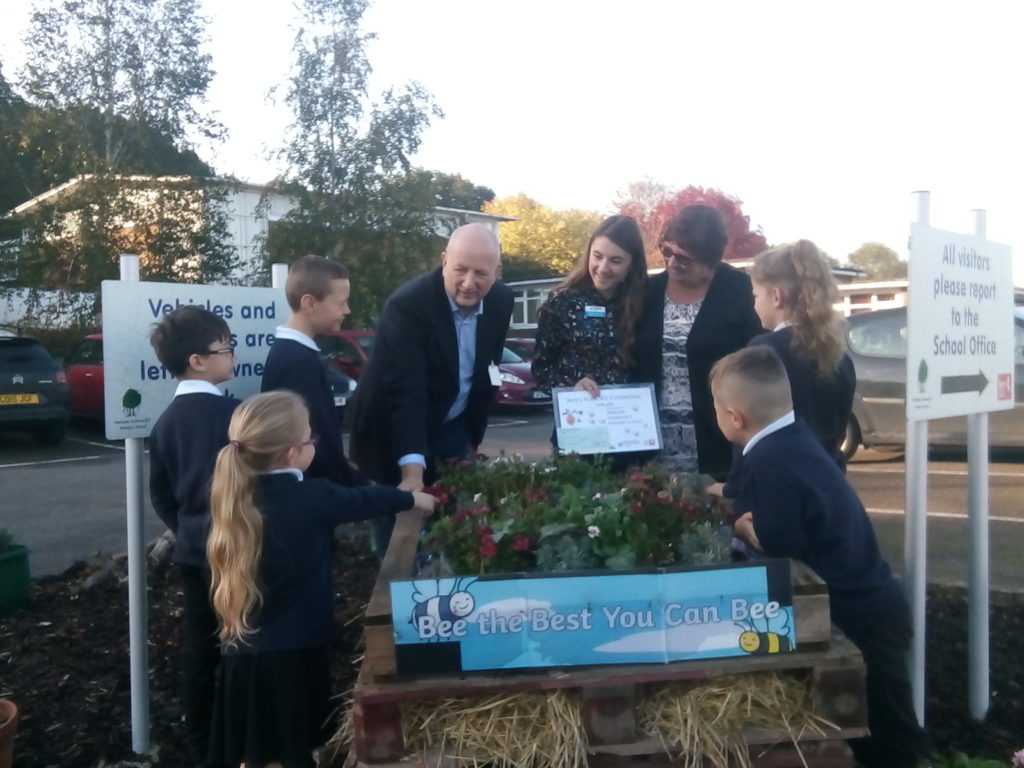 Earlier in the year, all Kent schools were encouraged to take part in the competition by designing and implementing a bee friendly garden, or devising a project such as building a ‘bee hotel’ – a wooden structure similar to a bird box but with small holes for the insects to set up home in.

Pupils were given advice on the kinds of flowers that are most attractive to bees as well as the best time of year to plant them. 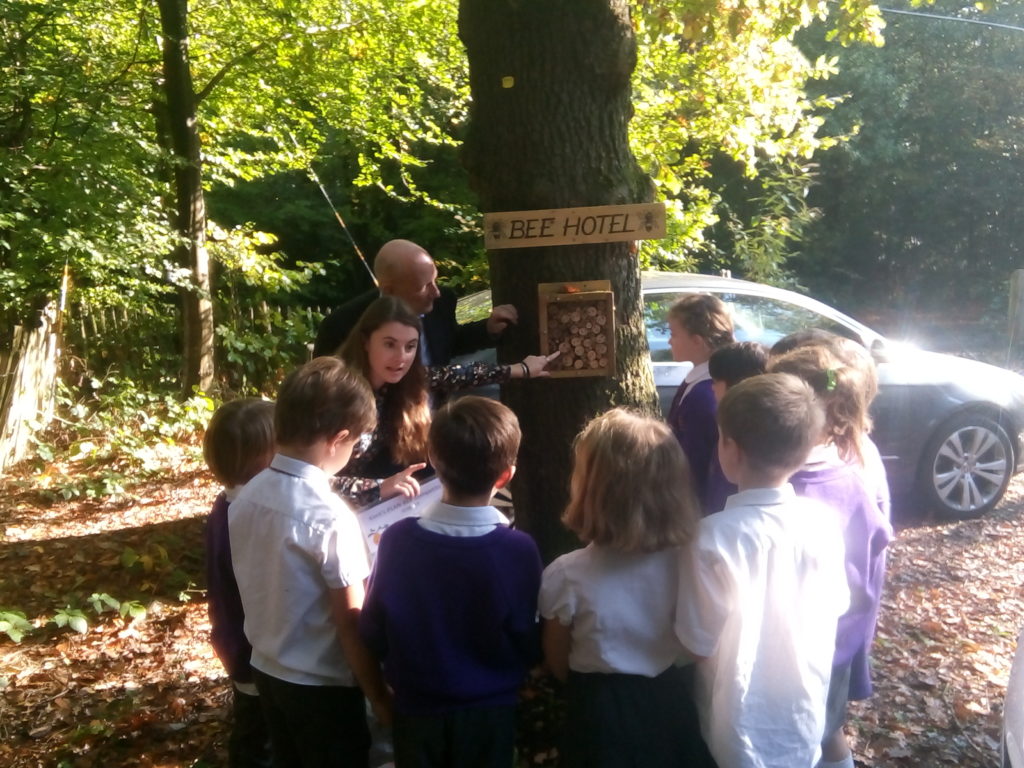 Cllr Holden, who set up Kent’s Plan Bee almost five years ago to help improve the threatened bee population’s habitat, said: “These children and young people are the bees’ ambassadors. They can speak to their families and friends and tell them how we can all do our bit for this project, even if it’s only planting a bee friendly window box. It’s great to see how committed they are to telling the bees’ story.” 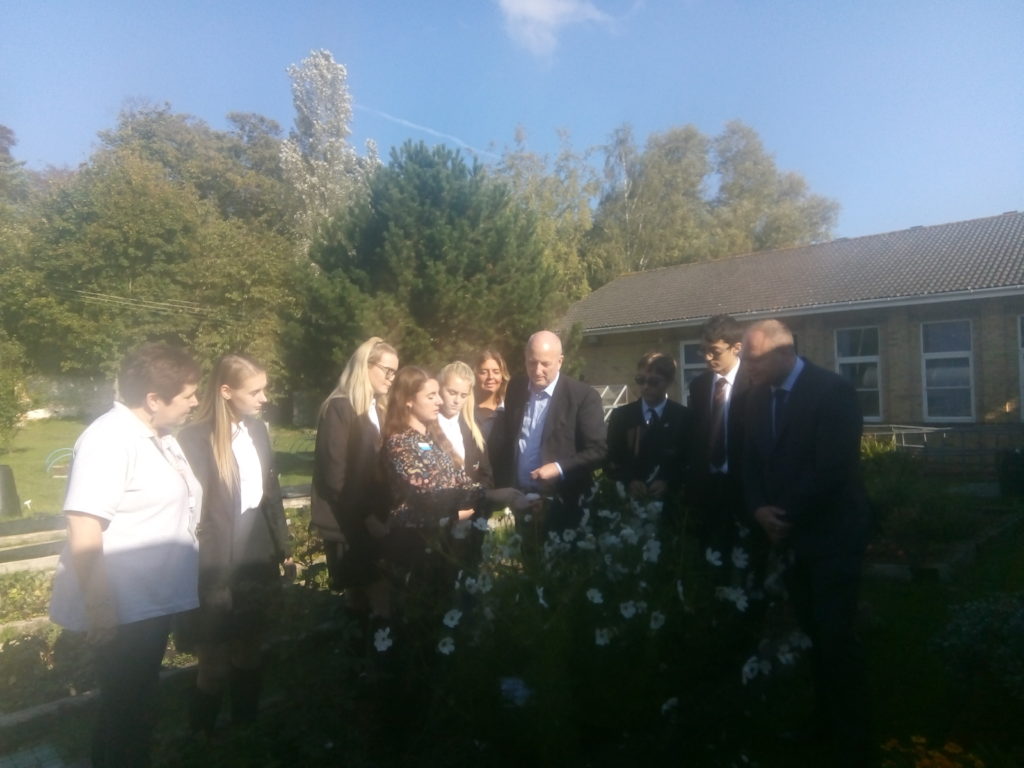 Wilmington Academy pupils were highly commended for their garden

They were shown beautiful bee friendly gardens at Parkside and Wilmington and a wonderfully constructed bee hotel at St Lawrence.

Ms Kennedy said: “The wonderful enthusiasm for the project, with bee friendly flowers and bee hotels, and the knowledge the children showed, marked them out from the start.”

Kent’s Plan Bee was launched by Conservative County Councillor Seán Holden in 2013 and aimed to mobilise Kent residents to improve the habitat, and plant more bee friendly flowers for, the increasingly threatened bee population. More than a third of Kent’s honeybees had died that year due to a long winter, late spring and bad weather, according to the British Beekeepers’ Association.

This year, Kent County Council unanimously voted to pass a motion to set up a Pollinator Action Plan. Cllr Holden chairs the cross-party working group which will develop the plan (with officers) and for the sake of continuity it is still called Kent’s Plan Bee. KCC will develop a ‘pollinator strategy’ that will look at how the county council can improve the environment and mobilise the population to ensure the pollinators can flourish. A third of our food depends on the actions of pollinators, which includes not only bees but also wasps, butterflies, moths, hoverflies, ants and other insects.

Find out more about the launch of Kent’s Plan Bee here: https://kccmediahub.net/kccs-plan-bee-gets-in-line745

Information about the Bumblebee Conservation Trust can be found here: https://www.bumblebeeconservation.org/