It will then go to the Environment and Transport Cabinet Committee (11 March) and will then be agreed at Cabinet on 21 March before the consultation closes on 24 March.

It is proposed that KCC responds in support of Highways England’s selection of a bored tunnel at Location C (the east of Gravesend) as the only viable crossing location as this will provide a new strategic link from the Port of Dover to the Midlands and the North, greater network resilience and significant economic benefits compared to adding additional capacity at the existing Dartford Crossing. 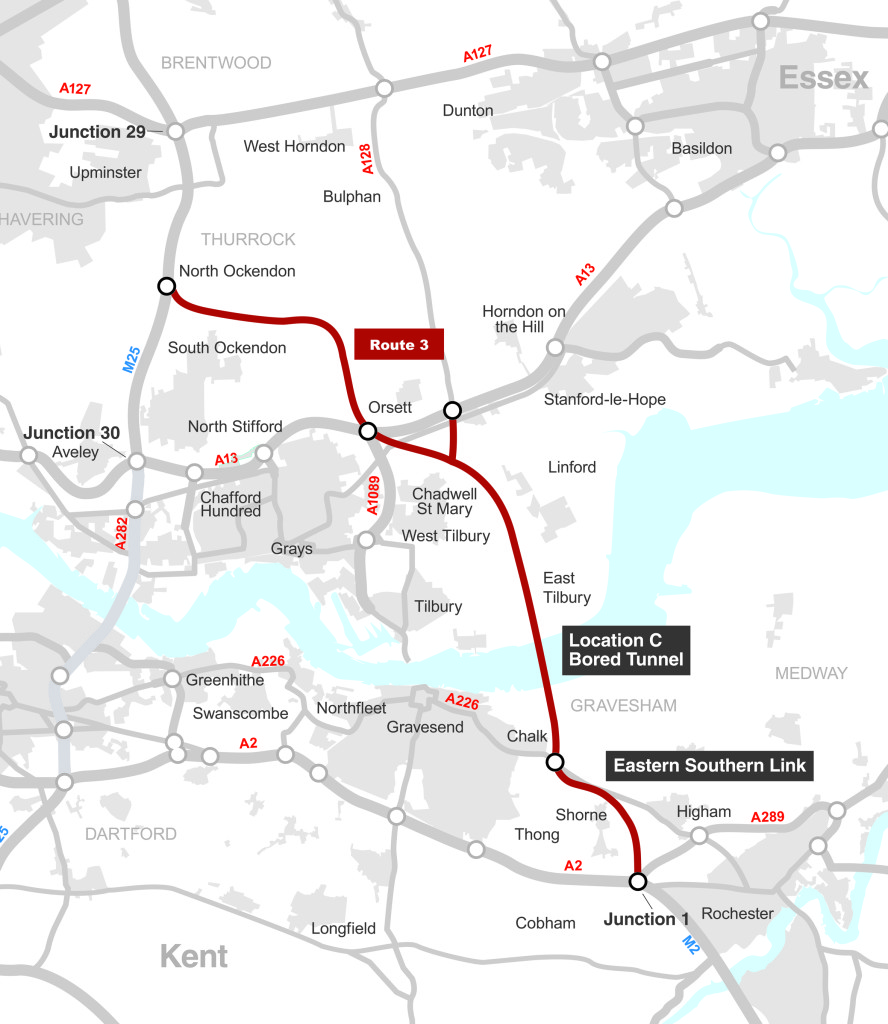 Highways England’s plans are currently out to consultation

However, it is proposed that KCC makes clear its support of the Western Southern Link to the A2 (not Highways England’s preferred route) so as to minimise environmental damage and avoid Shorne village and woods.

KCC will urge that Government provides generous compensation to property owners affected by the new road and makes a swift decision on a preferred route so as to reduce the uncertainty around the two route options.

KCC fully appreciates the distress that this proposal has caused to the local community and will urge that further mitigation measures, such as increased length of the route in tunnel, are included in Highways England’s detailed design which will follow after the Government makes a decision on a preferred route and will be subjected to a further consultation.

The views of local Members will help to formulate the response through the debates at the two Cabinet Committees on 3 and 11 March.

KCC is also liaising with Gravesham Borough Council to investigate the potential air quality impacts of the proposed new road around Gravesend.

A key concern is also the elimination of the C Variant (upgrades to the A229 Bluebell Hill) and so it is proposed that KCC reiterates the necessity for Highways England to consider the connections between the M20 and M2 (including the A249), and the wider network improvements needed along the A2/M2 to support bifurcation (splitting) of Port traffic between the M2/A2 and M20/A20 corridors.”

For more information on KCC’s proposed response and to view the full Cabinet Committee report, see the link below:
https://democracy.kent.gov.uk/documents/s63559/Item%20C3%20-%20Lower%20Thames%20Crossing.pdf

Information on Highways England’s proposal for a new Lower Thames Crossing and how to respond to the consultation can be viewed at: https://highwaysengland.citizenspace.com/cip/lower-thames-crossing-consultation