A list of high-priority road improvement schemes has been submitted to government as part of a £3.5 billion investment programme.

The schemes were agreed by Transport for the South East, a new regional body which brings together local authorities, business groups and the transport industry. 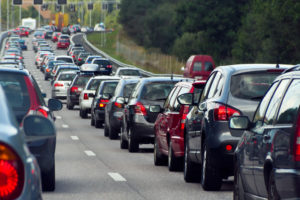 As part of the list, Kent County Council put forward a bid for funding a contribution towards Highways England’s M2 junction 5 improvement scheme on the A249 at Stockbury roundabout, and for a relief road of the A28 between Birchington, Acol and Westgate-on-Sea.

The bids have been made following a request from government in December for regions to agree their priorities for improving the Major Road Network – the country’s busiest and most economically important local authority A roads.

Work on the A249 would be carried out by Highways England and would see a new flyover to create an uninterrupted link for drivers staying on the A249, freeing up extra space on the Stockbury roundabout.

The A28 relief road would provide an alternative route, utilising the existing Shottendane Road which runs south of and parallel to the A28. This would be widened and improved.

The new road would link to the A28 south of Birchington and to Manston Road and Hartsdown Road, east of Westgate-on-Sea, through future development sites.

It would also provide a southern link through an extension to the existing Columbus Avenue, providing traffic relief to the village of Acol.

KCC cabinet member for highways Mike Whiting said: “The schemes we have put forward through our work with Transport for the South East will make a big difference to the lives of our residents.

“If funded we can look forward to more reliable, quicker journeys, and help cut congestion whilst supporting new housing, businesses and jobs.”