Pupils returning to The Wyvern School in Ashford this term have their electricity supplied by the power of the sun.

Wyvern School is a special school for children with severe, profound, and complex needs that caters for pupils aged between three and 19. It has a high energy demand per pupil, making it an ideal candidate for assistance by KCC.

The school has also had a complete upgrade over the summer to replace 486 lights, the new energy efficient LED lighting will reduce the school’s electricity demand by around 25%. 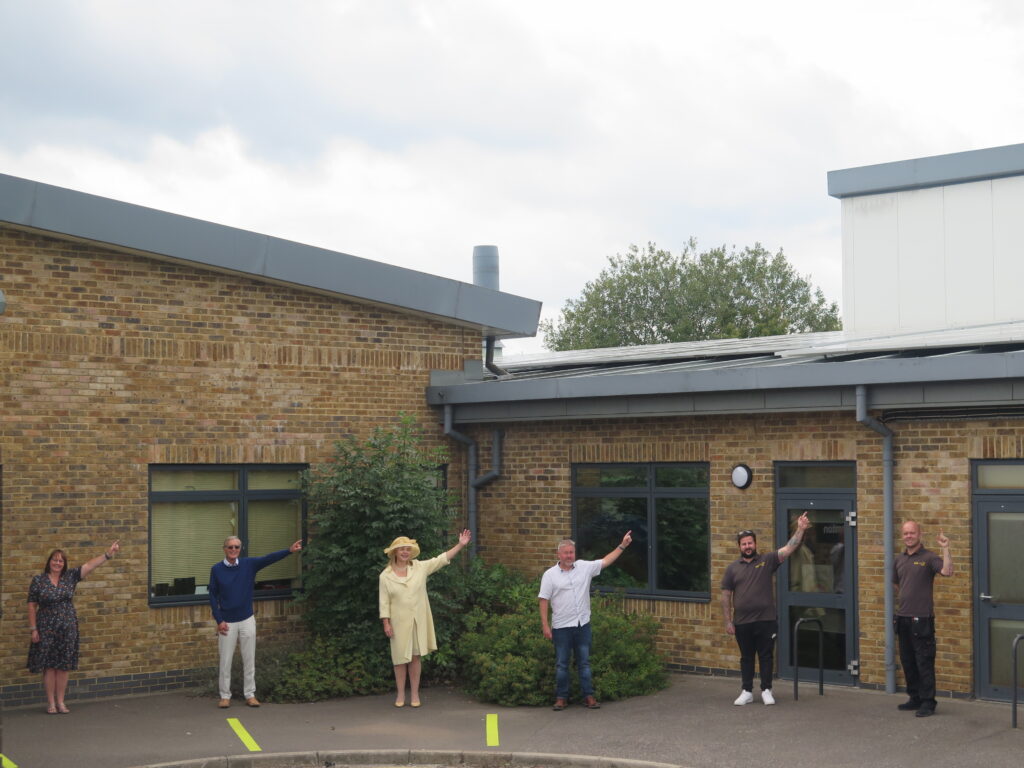 Taking into account the reduction of electricity from the new lighting, the solar PV system will produce 49% of the school’s power requirements and in real terms 33% due to the amount used onsite and exported based on the school’s power demand. The school will save around £17,353 a year on its energy bill from the combined projects and will reduce its carbon emissions by 33 tonnes a year.

KCC’s Cabinet Member for Environment Susan Carey said: “It was great to see another Kent school embracing renewable energy and realising the advantages. 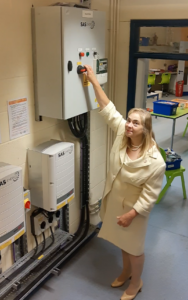 “Kent County Council is working with schools to reduce carbon emissions whilst also reducing their energy bills. We have already helped more than 100 schools to take up energy efficiency and renewable energy systems.

“Another recent example is Foreland Fields school in Ramsgate which now has a 345-panel 100-kilowatt peak solar array. Both systems have been installed for the schools by Kent-based companies.”

Tina Button, School Business Manager at the Wyvern School, said: “The headteacher and I had been talking about the possibility of solar power for some time.

“Our roof had so much potential, but I knew it was a job I would need expert help with.

“Thanks to the team at KCC we were able to commit to the Solar PV system and LED light changes, meaning that our electricity costs would reduce, but more importantly we would actively be doing something to help prevent climate change.

“As far as the school is concerned this is the first stage of the project and we want to work with KCC to see where else we can really make a difference.”

The project has been funded through Salix Finance, a government-funded organisation which provides interest-free loans for energy improvements in schools across the UK.

Schools that want to take action on reducing their energy should email scc@kent.gov.uk