All children deserve a loving, permanent home, regardless of their circumstances.

That’s why this National Adoption Week (15-21 Oct), Kent County Council (KCC) will be focusing its efforts on encouraging more same-sex couples and single people to adopt.

In Kent, we particularly need adopters who can consider single children, boys aged between 2 to 6 years-old and brothers and sisters, as it is important to keep siblings together when it is possible and in their best interest.

Katy became a single mum in 2014 when she adopted her five-year-old son who has autism and ADHD.

Almost five years on, the 50-year-old actress and teacher from Westerham cannot imagine life without him.

She said: “I come from a show business background and I have done well for myself, starring in shows like Les Misérables and Mamma Mia. Despite a wonderful career, I always felt something was missing.

“Eventually, I realised I wanted a child. 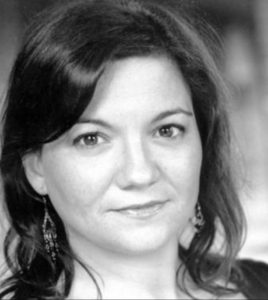 “As I am single I didn’t think I could adopt. Many of my friends were having families and going through IVF. Despite having so much love to give I assumed it was not my lot to have children.”

Everything changed for Katy when she met a foster carer who told her adoption is open to single people. She contacted Kent Adoption and a team of social workers began the process of matching her with a child.

“It was a very quick process and after the background checks it moved like lightning,” Katy said.

“The process was flexible, and I was able to take a break between stages while I performed in a show.

“When my son arrived, it was wonderful and terrifying at first, but the rewards have been second to none.

“My social worker was there throughout the adoption and afterwards. They were brilliant, and I cannot speak highly enough of them.

“Now my son is nine and he is flourishing. I have watched him grow into a confident boy who loves football and drama and who has a great sense of humour.

“I am his mum and we are also good mates. He completes me. It is a wonderful feeling.”

“I am passionate about adoption and I think everybody should consider whether they can adopt, it was the making of me as a person.”

The only restrictions are that you must be:

Kyle and Garry have adopted four children through Kent County Council, three of whom have extra needs.

The couple, who appeared on DIY SOS in 2016, live on Sheppey and this year celebrated their tenth wedding anniversary.

Early in their relationship, they knew they wanted a family together and, after answering an advert in a local newspaper, became the first male same-sex couple to foster in Kent.

During 2013 they fostered and then adopted a 15 boy who has cerebral palsy, followed by a seven-year-old who has the same condition. By the following year, two girls aged 11 and six also joined the family.

Kyle, 40, said “The difference made to our lives during the adoption process has been immense. Garry and I now have a family where we didn’t think we would have one before.

“For two guys who wanted to have children, to finally have a family together is amazing. On paper, some people might think our family would never work and yet we are perfect together.

“We have four kids who know they were adopted and know they were in care. We have four children who have a secure future and we as their dads can do our best to make sure they have everything they need to get through life and be happy, productive adults.

“With the right support, it is possible for anyone to create a loving, happy home for a child who needs extra support.

“People who are thinking about adopting need to realise that they can make a huge difference to the lives of these children and help them to thrive.”

“None of the children who joined our family are the same as they were when they walked through our front door.”

A further 50 have been adopted since April with a further 43 children currently placed for adoption and for whom adoption order applications will be considered by the court in the coming weeks and months.

Children are also being adopted quicker and spending less time in local authority care before finding a loving home.

Kent Adoption has a dedicated team of therapists and social workers who provide a whole range of support to applicants during and after the adoption process.

This was recognised by Ofsted, who identified the quality of post-adoption support as excellent following an inspection in 2017.

“Sadly, some potential applicants are put off, thinking they might be considered unsuitable because of their personal circumstances.

“Sexuality, ethnicity and marital status make no difference, neither does a job, income or home ownership. What matters is having the desire to love and cherish a child throughout his or her life and to extend their family.

“There are children in our care from a range of backgrounds and we need adopters who reflect this diversity. If you are thinking of adopting, please contact us today.”

There will be several information events over the coming weeks for anyone who wants to find out more about adoption and speak to adopters.

These are held at the Oakwood House Hotel, Oakwood Park, Maidstone, Kent ME16 8AE on the following dates:

Caroline Smith, assistant corporate director of corporate parenting, said: “I am very proud of the excellent support provided to Kent adopters by the Adoption Service.

“KCC will support adoptive families through their journey to adoption from their initial enquiry, training and assessment right through to the joy of becoming a parent to our children.

“Adopters can be confident that local Kent support will always be there for them, provided through a range of universal services including children’s centres, therapeutic support groups, ongoing training and through our Post Adoption Support Team.”

For more information about adoption in Kent, visit: http://www.kentadoption.co.uk or call our initial enquiries team on 03000 422 373.

Roger Gough, cabinet member for children, young people and education, will be available for interview on the morning of Tuesday, October 16.

“When my son arrived, it was wonderful and terrifying at first, but the rewards have been second to none” was last modified: October 18th, 2018 by KCCpress