Kent County Council foster carers Carolyn and Derek Moody scooped a national award after one of their three foster children nominated them in secret.

Nathan, 17, who has lived with the family for eight years and calls Carol and Derek ‘mum and dad’, told judges of the Fostertalk permanency award they ‘love me to their full potential’.

Nathan, who has disabilities, has also won a string of awards for his achievements and says he is ‘proof’ of how great foster care can change a child’s life. 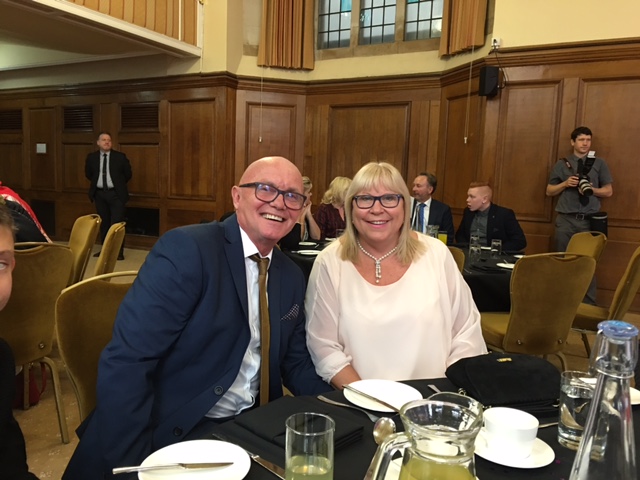 Kent County Council is urging others to follow in the Moodys’ footsteps this Christmas and consider fostering Kent children who desperately need a stable home.

Carol, from Broadstairs, said: “When Nathan came to us he was so traumatised. He was really in a state and so neglected.

“He couldn’t manage mainstream school and he needed a lot of attention and love. He had emotional, behavioural and learning disabilities and I was quite shocked at the level of his needs.

“But my husband and I made a pact with each other – no matter how hard it got, we would stick with it and we took out permanency on him. That makes such a difference – permanency really helps them feel like they belong.

“We put in a good five years of work, counselling and nurturing and then we got him into a special needs school. That’s when he really started to excel because they were doing the same support work with him that we were and it helped that we had a great support network and a good social worker and fostering social worker throughout. He has achieved more than we ever expected him to.

“Then we found out he had nominated us for a Fostertalk Award and we were amazed and humbled at what he had done – he did it on his own and kept it a secret. We were really shocked when we got the phone call and really proud of him.”

More foster carers are needed to foster children with disabilities and the Moody’s urged people to open their minds and their hearts and consider fostering these children.

Carol continued: “Nathan has come such a long way. That is why I foster children with disabilities. They can find it difficult to get long-term families and I like to do what I can for these children. It always amazes me that no matter how difficult things are for them they always have a smile and watching them achieve is so rewarding  – as Nathan, and my other boys, show, you can make such a difference.

“I think people shy away from fostering when they hear the word ‘disability’ but they need to read the child’s story and see them as an individual. When they hear that word, they think, ‘I’ll need a stair lift or to rearrange my house’ but not all of the disabilities are physical.

“You have to be in it for the long haul, you can’t expect to turn things around in a short time. In Nathan’s case, he had nine years’ of damage to undo. But we claimed him and he claimed us.

“He started calling us mum and dad and wanted to be known by the family name. He’s like my own son and I don’t think of any of the children differently. ‘Foster child’ sounds so cold – to me, they’re family and I do the best I can for them.”

Nathan became assistant head boy at school at 14, then he got a Chief Scout’s gold award, and then by 15 he was head boy.

He started getting gold awards from Virtual School Kent (which supports children in care), and in 2015 he got a platinum Scouts award, and achieved an NCS award. 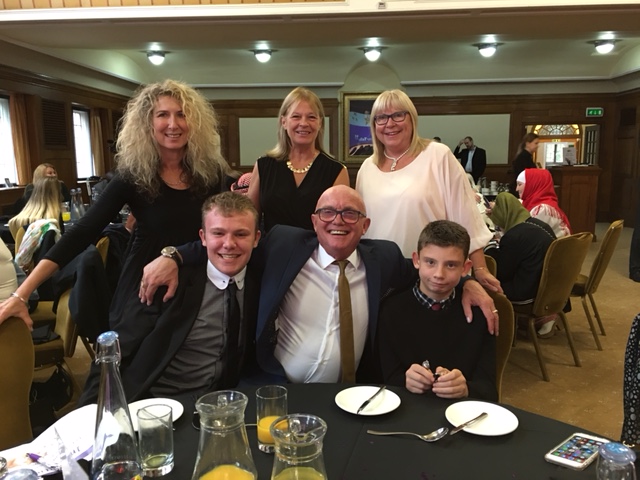 Nathan, 17, added: “I nominated my mum and dad because they are the most wonderful foster carers I know. I’m their proof. Eight years ago they took me into their home and made me one of their own. Out of their own generosity, they loved me and cared for me – I couldn’t dream of having a better family. They love me so much and I couldn’t love them any more.

“I’m studying for my Level Two animal care at Hadlow College and hoping to do Level Three next year. I want to become a zoo keeper. If it hadn’t been for my foster carers, things would have been extremely different.

“They have given me love, care and shown me how to listen to what I’m being told and do things I’m being told to do which has helped me get where I am in life.

“To be a good foster carer you need to be ready to take on a little bit of a challenge. Every child you get is different and it’s hard at first. But eventually it is so rewarding when you see them change and develop.”

KCC needs to recruit 200 more foster carers, including for children with disabilities. For more information, contact kentfostering.co.uk or call 03000 420 002.