Children at a Maidstone nursery have devoted 1,000 hours to improving the environment and making the world around them a better place.

Youngsters at Smarties Nursery transformed plastic bottles into plant holders, created an upcycled home for a toy owl and enjoyed stories as part of a challenge designed to make them more aware of their environment and how to protect it.

The nursery, in Stagshaw Close, started the ‘1,000 Hours Environmental Activity Challenge’ in May 2017. The project was devised by Kent County Council’s Early Years and Childcare Service. 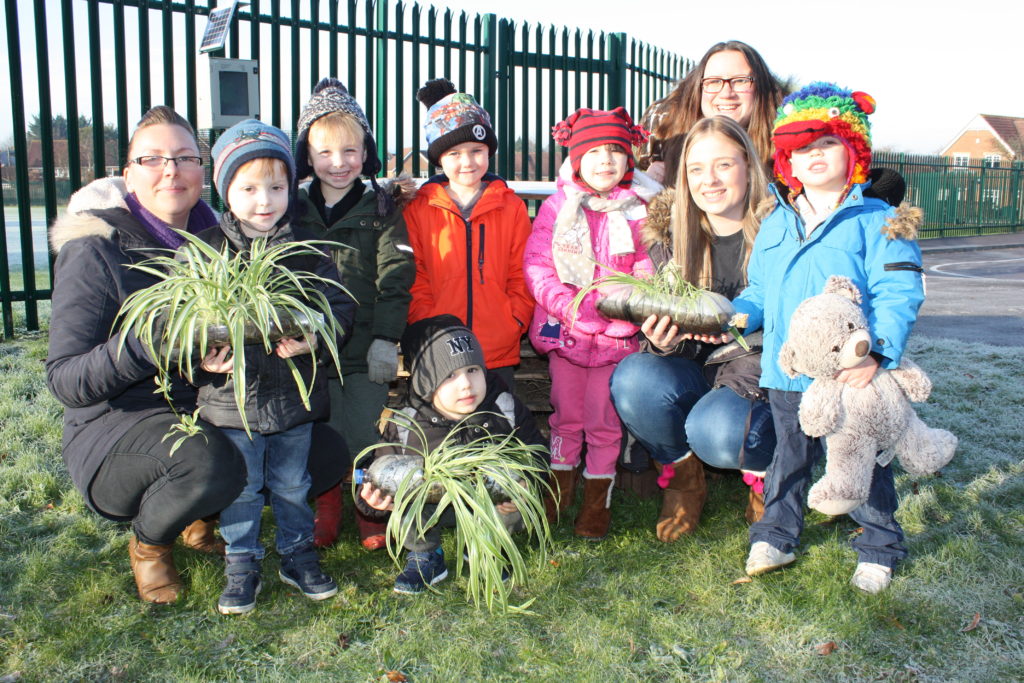 By the end of the year the nursery had completed the challenge and received a certificate from the Service.

Lucy Ring, nursery manager, said: “The project was led within the nursery by Teresa Murray, an Early Years Educator in the pre-school room. The children, aged three and four, reused and recycled materials and worked collaboratively to create a home for an owl puppet, which they named Tom.

“They also made planters for our spider plants using plastic bottles and explored how off-cuts from spider plants can grow into larger plants. As part of the project we wanted to work towards raising awareness of recycling, upcycling and reusing materials to support sustainability.”

At the beginning of the project the children were given an owl puppet, which they named Tom. With support from staff they made up a story with Tom as the central character then made the bird a home, using recycled materials, working together on their project each time the children were all in nursery at the same time.

For another part of the challenge, the children were helped to turn plastic drinking bottles into planters, which they hung from the nursery ceiling and now water every day.

As well as activities based around recycling and environmental issues, they also learnt about biodiversity by going on a minibeast hunt.

The hours each child spent on the projects were added up until 1,000 hours in total had been devoted and the challenge was complete.

Pam Rawling, manager of the Early Years and Childcare Service’s Sufficiency and Sustainability Team, said: “Lucy and her team at Smarties Nursery really embraced the challenge and provided an inspirational range of stimulating activities to introduce environmental awareness to their children.”

Smarties Nursery cares for children aged between 3 months and 5 years and was rated outstanding by Ofsted in May 2016.