Nifty knitters at a Knit and Natter group have created 50 blankets, hats and jumpers for babies born prematurely.

The group, which runs out of Staplehurst library every Tuesday, consists of eight members who have been working tirelessly to create the woolly wonders.

They were handed over to Neonatal Unit Manager Julia Moat at Tunbridge Wells Hospital on Monday (8 December). 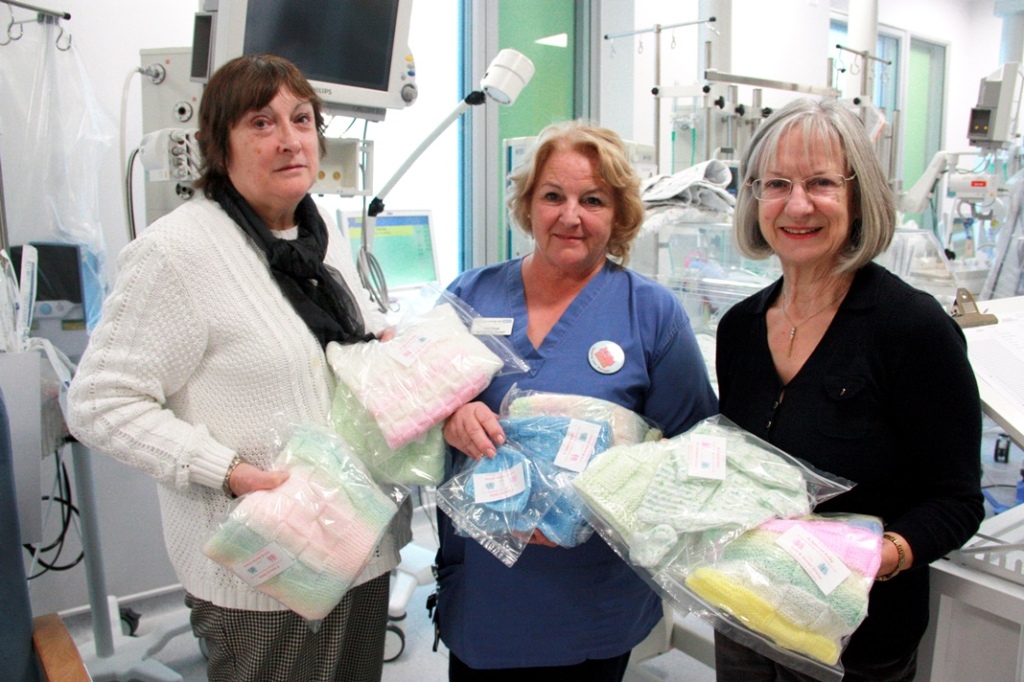 Library volunteer Barrie Sheeran, whose own daughter Georgina was born five weeks premature, said: “There are eight people in our group which has been going for about four years.

“We were all knitting on our own when one of us suggested we knit some blankets for the local hospice. We each knitted squares and then put them together and handed them out at Christmas.

“Last year the staff said they had enough blankets and so we phoned up the premature baby unit and asked if they’d be interested in us knitting them some blankets and they said yes and everyone at the group loved the idea.”

The Knit and Natter group is one of the many and varied groups that run from Kent’s libraries including baby bounce and rhyme, IT buddies, health trainers, reading groups and children’s story time. 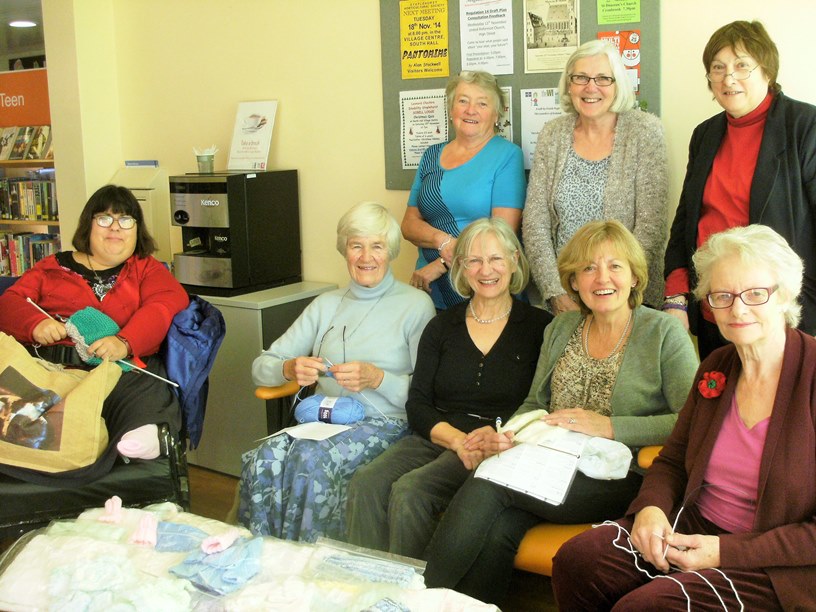 The group, which runs out of Staplehurst library every Tuesday, consists of eight members who have been working tirelessly to create the woolly wonders.

Mrs Moat added: “I would like to thank the hard working ladies in the group for the beautiful blankets, hats and knitted goods which were presented to the unit on Monday.

“We admit on average 500 babies a year to our unit and many of these are premature and stay with us for quite some period of time.

“We provide intensive, high dependency and special care for babies born at 27 weeks and above and for sick babies of any gestation.

“The length of stay depends on the baby’s gestation and how poorly they are.

“The knitted blankets are used as cot covers or to cover the baby in an incubator and the parents are always pleased to see some “homely” touch in such a clinical area.

“This Christmas we shall also use some of the blankets as gifts for the babies’ Christmas stockings which Santa gives them every year.”

Cabinet Member for Community Services Mike Hill said: “I am pleased to see the excellent work taking place in Staplehurst library, which really helps to bring together the whole community.”