Mike Harrison has been made the new Chairman of Kent County Council. 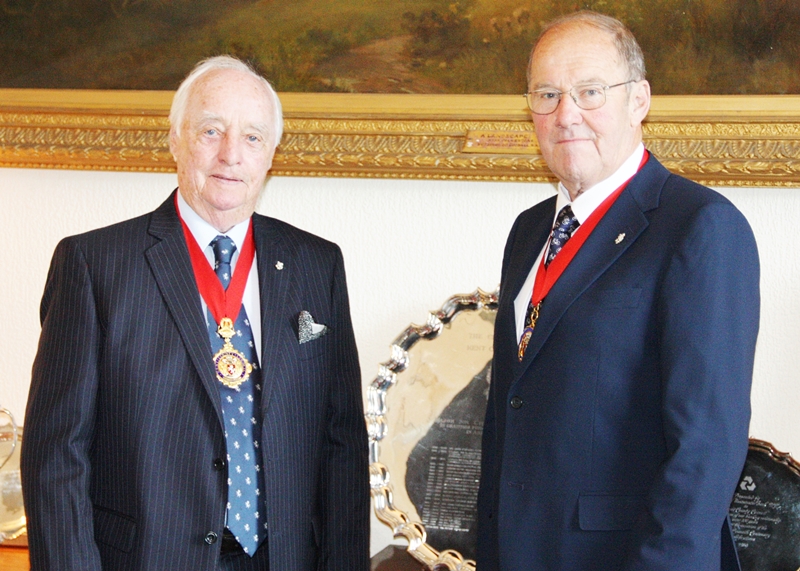 Mr Harrison was elected to the County Council in 1995 as the Conservative Member for Whitstable East.

His two chosen charities for the year will be Demelza House and Riding for the Disabled.

Demelza Hospice Care for Children, based near Sittingbourne, support children and  young people who are not expected to reach adulthood.

The Riding for the Disabled Association gives the opportunity of riding or driving to any disabled person who might benefit from it.

His first act was to announce to councillors that he intends to donate £10,000 to victims of the Nepalese earthquake.

The new Vice Chairman of the council is Tom Gates, affectionately known as Mr Faversham, who has served KCC since 1993.

Mr Harrison, who will be joined by his wife Jeanne as his escort, serves on a number of outside bodies, including the Southern Regional Flood and Coastal Committee and the Kent and Essex Inshore Fisheries and Conservation Authority.

Mr Harrison worked for British Airways, where he attained the rank of Senior Cabin Service Director and was responsible for the well-being of over 300 passengers, and up to 17 crew members on board a 747 on long haul flights.

He retired from British Airways in 1990.

He is the former Chairman of the award winning Whitstable Oyster Festival as well as past Secretary of the Whitstable Chamber of Commerce (1992-1994) and charity fundraiser for Shelter and a Multiple Sclerosis charity.

Mr Harrison said: “This is a once in a life time opportunity and one which I have thought about for many years.

“The one really good thing is that you have been voted in by your fellow councillors and it is up to them as to who gets the job.

“Along with my wonderful wife we are looking forward to an amazing year.”