Children across Kent will find out today (Tuesday) the secondary schools at which they been offered a place from September and more than 95% of pupils will receive an offer from one of their four preferred schools.

Shellina Prendergast, Kent County Council’s Cabinet Member for Education and Skills, said: “The past year has once again been extremely challenging for pupils and their families and of course school staff. 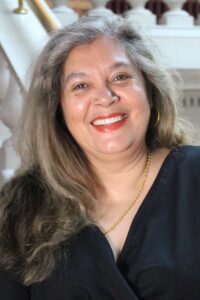 “I would like to pay tribute to all the teachers and support staff for the effort they have put in to educating our children in very difficult circumstances. I would also like to thank the KCC staff who, every year face the demanding task of trying to allocate the most appropriate places at our secondary schools for nearly 20,000 pupils.

“I am delighted to say that more than 95% of pupils will be starting school in September at one of the preferred schools their families selected.

“Unfortunately, there will inevitably be a small percentage of pupils for whom it has proved impossible to offer one of their choices, but I would like to assure their families that today is only the first stage of the allocation process. Those who have been allocated a school they did not choose are advised to speak to staff at that school before making a decision as they may well find the school is suitable for their child.”

Families who applied online should check their emails from 4pm today (Tuesday, 1 March) and will be able to log into their accounts from 5pm to view their offer. Those who submitted their applications on a paper form will receive their offers by post, which will be sent by First Class mail today (Tuesday).

Every year a number of children cannot be offered a place in one of their preferred schools and KCC will support these families by allocating them a place at an alternative school. That number has increased by five, this year to 850 (4.64%).

Families should also request to join the waiting list of any school they want to continue to be considered for by Monday, 15 March. KCC will hold a second round of offers on Tuesday, 26 April, for any spaces that become available. Parents/carers can also appeal directly to the admissions authority of any school that could not offer their child a place.

The offer email will explain how to make use of these options.

Mrs Prendergast added: “Throughout the remainder of the application process, KCC staff members are ready to speak to parents and carers to answer any questions they may have as well as offer information, advice and support, so I would urge anyone who is concerned to contact them.”

Of the 845 children who were allocated a place by the Local Authority this year, just five (0.59%) parents/carers named the full number of eligible preferred schools on their application form while 65 (7.69%) didn’t select any schools their child was eligible to attend. This makes it very difficult for officers to identify local schools because the law requires all named preferences to be satisfied before allocations can be made, which often leaves local schools full.

Once again, the percentage of families applying online has increased, this year to 98.66%, which is better for the environment than using a paper application form.