With its art-deco architecture and role as one of the UK’s most treasured seaside destinations, Margate shines as the backdrop to the moving film, which reflects the pop-culture, passions, and turbulence of the 80s. Starring as the faded Empire Cinema, Dreamland’s iconic frontage is instantly recognisable, and provides the perfect backdrop to bring Hilary, a cinema manager struggling with her mental health, and Stephen, a new employee who faces daily adversity.

Both Hilary and Stephen find a sense of belonging through their unlikely and tender relationship and come to experience the healing power of music, cinema, and community.  The film has already earned Olivia Colman a Golden Globe Nomination for Best Actress in a Motion Picture Drama. 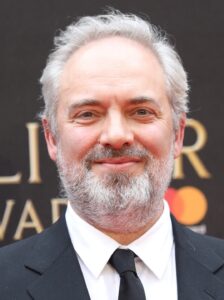 Eddie Kemsley, CEO Dreamland Margate said: “It has been a real joy to work with Sam Mendes and the team behind Empire of Light. Watching them bring the iconic Dreamland seafront buildings back to life has been thrilling and inspiring. We hope that the film will encourage people to come to Margate and sample the delights on offer at Dreamland and in the town as a whole.”

Cllr Ash Ashbee, Leader of Thanet District Council, said: “I am delighted that Sam Mendes chose Margate as the main location for his film Empire of Light, recognising the golden sands and timeless charm of the town. My thanks go to the people and businesses of Thanet for their support during filming as well as to the many council officers who worked hard to make the shoot run as smoothly as possible.”

Gabrielle Lindemann from the Kent Film Office, commented: “Working with our local partners, businesses and residents to facilitate filming for Empire of Light was a thrilling challenge for the Kent County Council Film Office. The request to build and manage a studio set that overlooks the real world instead of using CGI or back projection on some stage elsewhere was completely exceptional and, as far as we are aware, not previously attempted on this scale. Essentially, the entire, busy, modern seaside resort of Margate became a 1980’s film set for three months.”

Mike Hill, KCC Cabinet Member for Community and Regulatory Services, commented: “We were delighted that Sam Mendes chose Margate as the main location for his film. In addition to spending over £4.8 million locally during filming, the release of the film will profile the town internationally and aid Kent County Council’s continued efforts to support and encourage East Kent regeneration through the creative sector and visit economies.”

Visit Kent Chief Executive Deirdre Wells OBE, commented: “It is fantastic to see Kent celebrated on screen in this poignant and timely film. We know that screen tourism is a huge driving force behind why visitors choose to visit a location, and we hope that star-studded productions, such as Empire of Light, continue to cement Kent’s presence as a top filming location in the UK.”

Dreamland, Kent Film Office, Thanet District Council and Visit Kent are pleased to be able to share a short, behind-the-scenes featurette, created by Searchlight Pictures, using footage shot during filming for Empire of Light. It includes director and writer Sam Mendes, who praises Margate as “an extraordinary place”, with a “kind of magic to it”, as well as acclaimed cinematographer Roger Deakins who called the chance to film at Dreamland, “too good an opportunity”, with its sea-views and art-deco facade.

To celebrate Empire of Light’s hotly anticipated release, Visit Thanet, in partnership with Guest House Hotels, Dreamland and Southeastern, is offering one lucky winner the chance to win the following prize for two people.

A stay at the newly-opened No. 42 by Guest House Margate

Be amongst the first guests to experience a ‘Guest House’ stay at this Victorian beach-front building overlooking Margate Main Sands. Includes a one-night, bed and breakfast stay for two adults.

A day out at Dreamland

Experience Dreamland’s beautiful vintage rides, including the famous Scenic Railway. Includes refreshment vouchers up to the value of £20 per head, which can be redeemed in selected food outlets in the park.

An exclusive limited edition bundle of Empire of Light goodies including a mug, t-shirt, notebook and tote bag.

Full details of the competition (including partner Terms and Conditions), and instructions on how to enter are available here: www.visitthanet.co.uk/empirebreak

Visit Kent Ltd is the Destination Management Organisation for Kent (the Garden of England).
It is recognised as one of the country’s leading DMOs, targeting UK and overseas markets to raise Kent’s profile as a premier destination, improving quality and skills within the industry, and growing investment in tourism. Visit Kent is a public/private sector partnership supported by Kent County Council, Medway Council, district and borough councils, and the leading sector tourism businesses in Kent.

About Dreamland Margate
The picture perfect, ‘all-you-can-treat’ seaside entertainment sensation. Your one stop shop for culture, food, festival fun and must-try rides. We are the pride of Margate, the UK’s unofficial capital of cool – and we’re so much more than just an amusement park.

Dreamland is a world-class family attraction opposite the golden sands of Margate (Kent), with a specially selected offering of vintage rides, pop-up entertainment, art installations and eclectic street food, plus a packed programme of live music and events.

Since re-opening in 2015 and expanding in 2017, Dreamland has been making amazing memories  for visitors of all ages. In addition to the amusement park, visitors can enjoy the retro roller disco room and diner, visit the renowned seafront pub (Cinque Ports) or try their luck at the amusement arcade. For lovers of live entertainment we have three unique venues – the 1,500 capacity music venue (Hall by The Sea), 6,500 capacity Scenic Stage Arena and a 15,000 capacity event space. With excellent road and rail links, Dreamland Margate is less than 90 minutes from central London and is a major part of the on-going transformation of Margate into one of the UK’s trendiest seaside towns.

The Kent Film Office was established in 2006 as an economic development initiative by Kent County Council. It generates inward investment into the Kent & Medway economies from the film and broadcast industries while ensuring that any filming activity taking place in the region is lawful and considerate of Kent & Medway’s residents and businesses. Kent Film Office’s mission is to maximise inward investment from filming activity for a minimum of disruption to residents and businesses. Primarily, the Kent Film Office offers a first-class Film Commissioning Service to the film and broadcast industries.

Thanet District Council was formed in 1974 and includes the towns of Margate, Broadstairs and Ramsgate as well as a number of pretty villages. It is situated on the most north-easterly edge of Kent with coast on three sides. We have a population of just under 140,000 people and cover around 40 square miles.

This district is easily accessible with excellent road links to the national motorway network. It takes just 75 minutes from London’s St Pancras International aboard HS1 and rail services link Thanet to other London stations and mainland Europe (Eurostar) via Ashford International. Cross-Channel services are available from the Port of Dover and Eurotunnel.