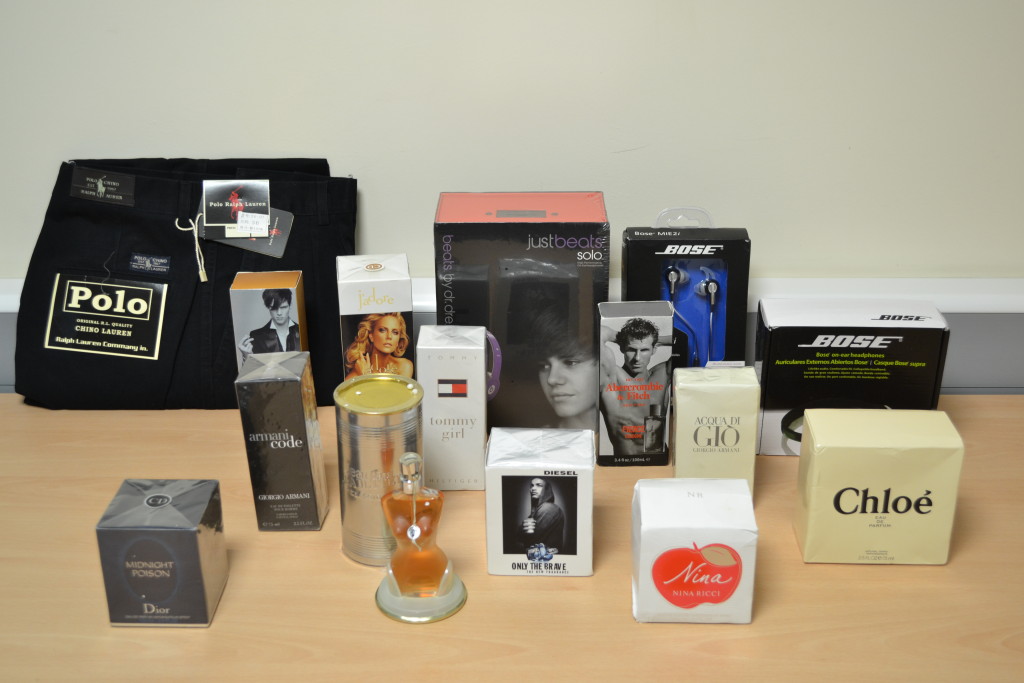 Morris had around 5,000 customers using his website which was set up in 2011.

The estimated value of the seized goods belonging to Morris was in the region of £11,533 – £12,566 based on his selling price obtained from business records.

GHD hair straighteners and audio goods purporting to be Bose, Beats and Pioneer were also bagged.

It is estimated that the real brands lost out on around £360,000 worth of legitimate business.

“Those who deal in counterfeit goods can expect to be prosecuted and can face prison sentences as a result.

“All the goods seized were confirmed by the trademark holders as being counterfeit. Because the goods were fake, there were safety concerns over the electrical goods and fragrances which are required to comply with European safety legislation.

“There is the safety risk to consumers of using products which are not genuine and therefore the quality of them and their safety is not known.

“The scale of offending was such that the gross profit from the business amounted to over £120,000, with in excess of 5,000 consumers buying from the website.”