One drink will affect your ability to drive – this Christmas, Kent County Council is asking people to make the right choice and not drink and drive.

In the last three years there have been 674 crashes on Kent’s roads where a driver was impaired by alcohol, resulting in more than 1,000 people being injured – 17 fatally.

This year’s campaign runs throughout December and highlights the consequences of drinking and driving. 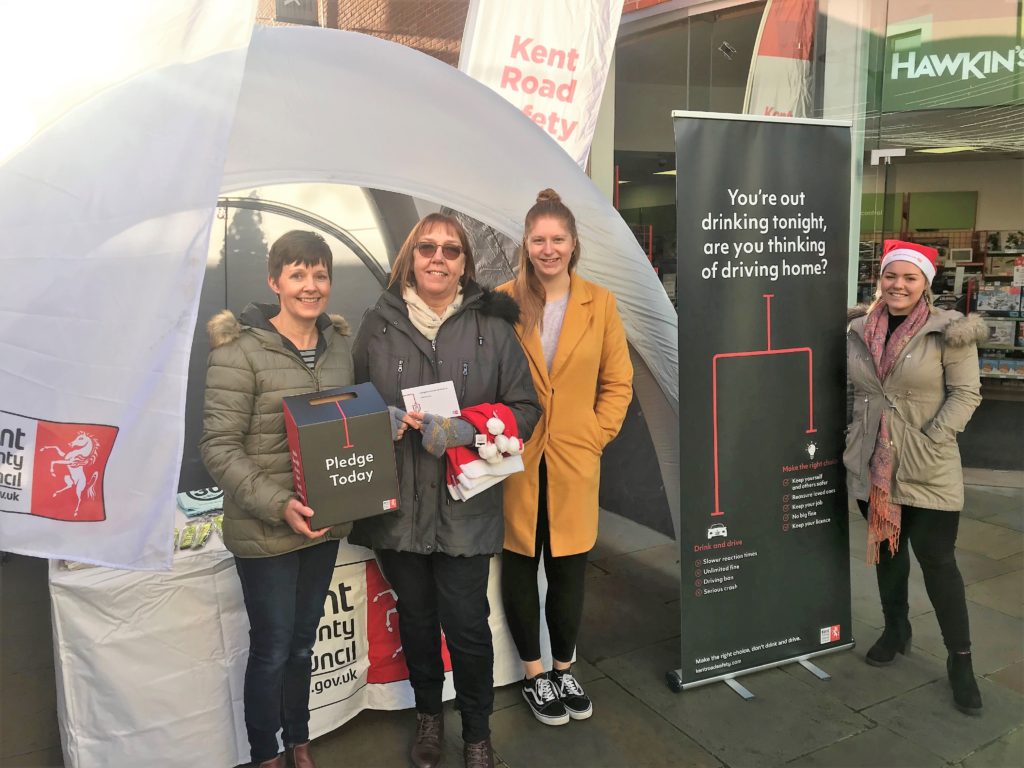 Kent County Council Road Safety Team Leader Vicky Harvey said: “Drivers must understand it’s not just those above the limit that are at risk. You don’t have to be drunk to be dangerous.

“Just one drink can increase the chances of having a crash, sometimes with tragic consequences for the victims and their families.

Drivers can never be sure of the effect one drink can have on their reaction times and ability to drive.

She continued: “A drink driver can cause a serious crash and change yours and someone else’s life forever. Act responsibly this winter, particularly around the festive and New Year period.”

The penalties on drink drivers can be far reaching. Driving bans and prison sentences can lead to drink drivers losing their jobs, while fines, points on their licence and increased insurance premiums can have a long-lasting financial effect.

Chief Inspector Richard Smeed, head of Kent Police’s Roads Policing Unit, said: “Driving under the influence of alcohol has been known for a long time to be one of the biggest, needless killers on our roads.

“We are committed to keeping our roads safe and conduct proactive patrols across the county to help ensure this.

“Should we come across an offence being committed, we will take enforcement action.

“Drink driving, and driving under the influence of drugs too, wrecks lives and is entirely irresponsible.

“Those who break the law risk imprisonment, an unlimited fine and a driving ban.”

Cllr Phil Filmer, Medway Council’s Portfolio Holder for Frontline Services, said: “There is no excuse for drink-driving. It is easily avoidable but can have a devastating impact on a number of people’s lives, not just the drivers.

“Just one drink can have an impact, don’t drink and drive.”

Kent Fire and Rescue Service’s director of operations, Sean Bone-Knell, said: “Our firefighters are called to the most horrendous crashes, where lives are lost or destroyed, as a result of drink driving.

“We are appealing to people to plan ahead over the festive period and if you think there is even a slight chance that you might drink alcohol, make sure you have alternative arrangements in place to get home safely, such as a lift from a designated non-drinker, a taxi or public transport.

“People should also consider whether they are safe the next morning after a night of drinking, and make sure they don’t take the risk of driving with alcohol still in their system.

“Driving under the influence of any alcohol is simply not worth the risk to your own safety or the safety of others.”