KCC library staff united a woman with her long lost cousin after she read a story about the WW1 heroics of her great uncle in the local paper. 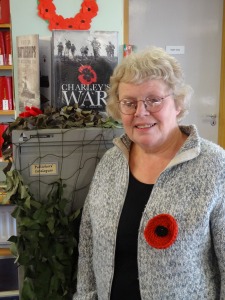 The story revealed the bravery of Sapper Druce Cheal, who left his job as Tonbridge Librarian in 1914 to join the Royal Engineers and was awarded the Military Medal for gallantry and devotion to duty.

His great niece author Janice Cheal, from Bexhill, spotted the story and decided to visit the exhibition at Tonbridge Library. Following her visit, she asked Kent Library and Archive staff to put her in touch with the Cheal family in Northampton.

She said: “It was a pleasure for me to be present at the exhibition in the Tonbridge Library last month.

“I was born in Tonbridge in the early ‘50s and remember visiting the library as a young child with my parents.  We left Tonbridge in 1959 when my father took up a post abroad in Germany.

“I did not know that Druce Cheal worked in the library until I read the story in the Courier.

As a result of my visit, and with the help of library staff, I have been reunited with a part of my family I have never met before.

“I am a published author and have had two books published. I feel that Tonbridge Library was where my literary life began.”

Janice has now been put in contact with her second cousin April Quereshi nee Cheal.

Sapper Cheal was gassed during the action which earned him the medal, treated at a base hospital and returned to his section. 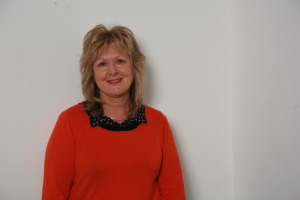 His story appeared in the Courier last month after KCC Customer Services officer David Todd discovered his past while leafing through the Tonbridge Council Minute book of the same year.

Kent County Council Library staff then used specialist family history websites to discover more about the history of Druce Cheal and his family. They followed the trail to the former librarian’s son Alan, now in his mid-80s.

Library staff are on hand to help anyone interested in researching local or family history or finding out about the role of the town and its residents in World War One.