More than 1,200 potentially lethal hot water bottles have been seized by KCC Trading Standards officers and later destroyed after arriving on a lorry through the Port of Dover.

Details on the packaging of the bottles – designed as a furry dog and clearly intended for use by children – were obvious signs that the items were likely to be unsafe.

They included: claims of a 16-litre capacity (up to 10 times the capacity of the average electric kettle); a 60-minute timer; and three cooking functions. 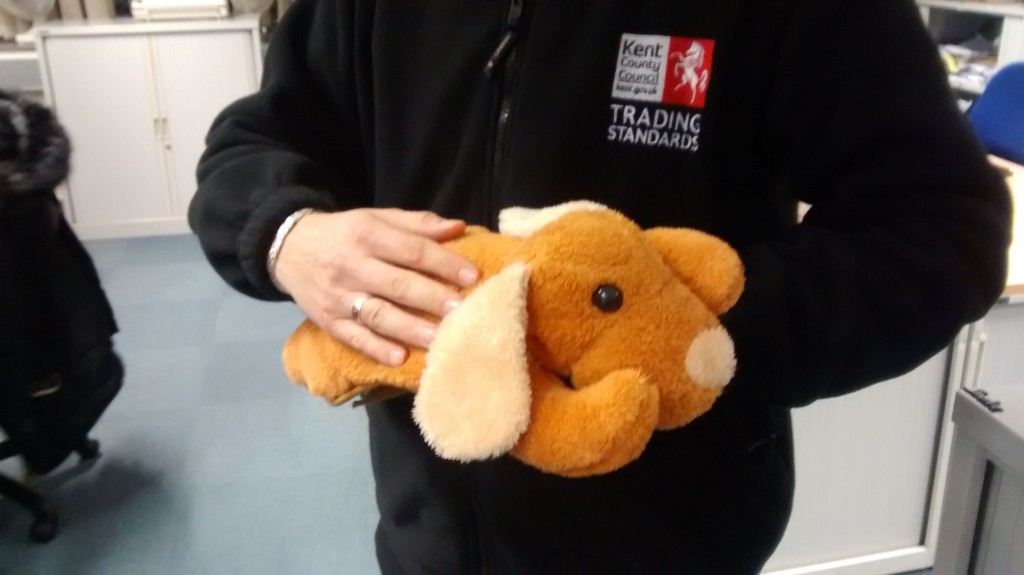 One of the dangerous hot water bottles

These included:
• the way they work is that mains electricity is passed through the water in the bottle; to heat it up, which is against the relevant safety standard;
• any leaking water would be “live” and could lead to electrocution;
• there is insufficient insulation to protect the user from electric shock;
• the cable used is not adequate in size or capacity for the load; and
• the construction of the cable is not safe because wrong connecting devices are used. 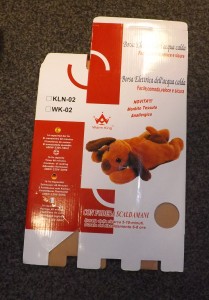 The packaging which was clearly relevant to a different item.

In addition, there is a risk that the water could boil in the bag which would then either burst or leak out; they are CE marked but should not be; and the instructions are inadequate.

KCC Trading Standards manager Mark Rolfe said the 1,250 hot water bottles were taken from a lorry after they were presented at Dover for clearance into the EU.

“They originated from China and carried a delivery address in Hamburg, but we can’t say with any certainty where they would have ended up,” he said.

“Working with our partners at the UK Border Force, this is part of our ongoing work at the borders to protect consumers in Kent, the UK and they wider EU.”

The 1,050 LED lamps were also found to be unsafe and were re-exported.