Ladesfield, the third reception centre in Kent for unaccompanied asylum seeking children has closed down as planned.

The temporary centre in Whitstable was quickly brought back to life in the summer after the huge rise in the number of unaccompanied asylum seeking children needing to be housed.

The former care home was the only building in Kent suitable to house them at such short notice. 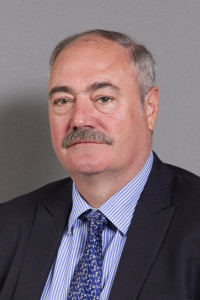 Peter Oakford, Cabinet Member for Specialist Children’s Services at Kent County Council said: “The use of Ladesfield was always planned as a short term solution, after a quick refurbishment we were able to house up to 40 young people who needed a place to stay after fleeing their own countries in desperate circumstances.

“We are delighted the use of Ladesfield was not only a trouble free operation which was well supported by a large segment of the local community but also that we have closed the facility within the timeframe originally stated.

“I would like to express my thanks to the staff team and local volunteers who have all contributed to making it such a successful project.

“The building will now be demolished and it is our intention to make available the site in part to support the expansion of Joy Lane primary school with the remaining surplus land being released for disposal.

“All furniture and equipment from Ladesfield will be used in the two remaining reception centres and the kitchen is being installed at the reception centre in Swattenden. We are hoping to recover refurbishment costs from the government.

“The remaining two reception centres are currently housing 81 young people. In total the county council is responsible for 1397 unaccompanied asylum seekers, with 929 of those under 18.

“The pressure this is placing on all services in Kent remains extremely high.

“As the number of young people arriving in Kent has reduced recently we are not looking to open an additional reception centre, although as the summer has shown this can change very quickly so we are keeping a very close watch on the situation.”

Kent County Council Chairman and Local County Councillor Mike Harrison added: “After all the strong local feeling and unpleasantness surrounding the opening of Ladesfield  as a reception centre it is wonderful to see it reach such a positive conclusion.”

Numbers of unaccompanied asylum seeking children under 18 years in Kent: