A two-week old kitten, found in the aftermath of a fire which raged through the Pepperhill household waste site, has been adopted by the site’s manager.

On April 21 a fire broke out in the household waste bay, forcing Kent County Council to close the site until August.

During the clean-up operation, Paul Fitzpatrick, the site’s contract and transport manager came across two kittens.

He said: “We found them when clearing an area and estimated the kittens to be about two weeks old.

“When we’d finished the work, we put the kittens close to where we found them and cordoned off the area so they wouldn’t be disturbed.

“The mother came back and took one of them away and we waited for her to come back for the other one but after five hours the other kitten was still there on her own.” 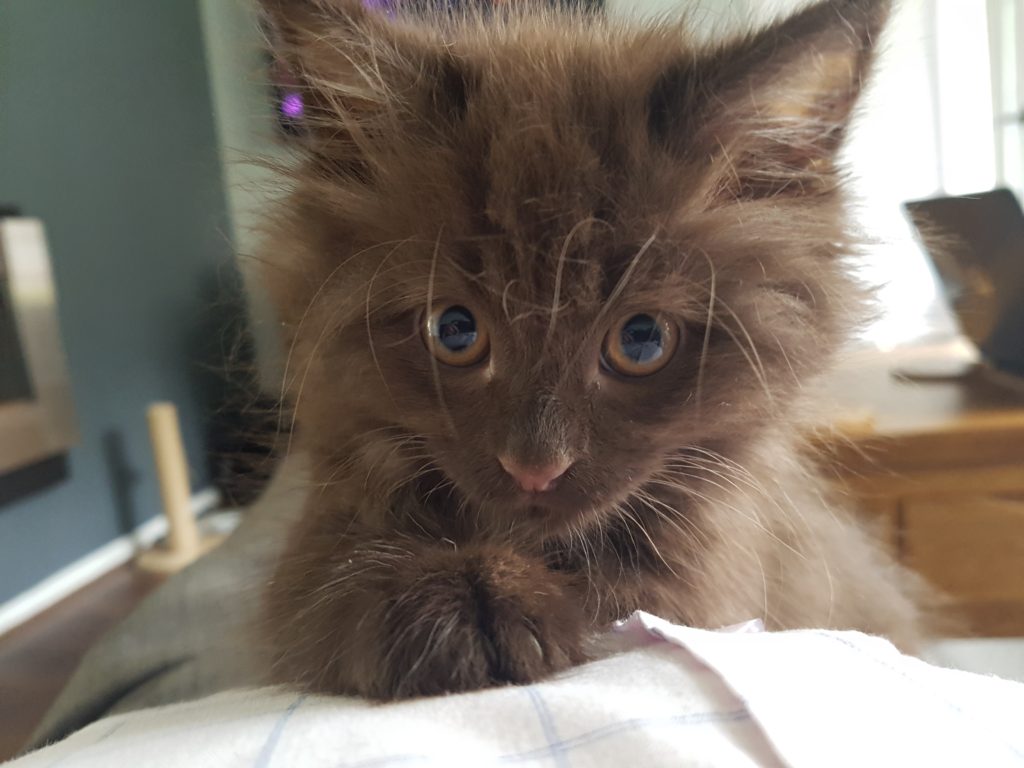 Given the name Smokey, she is now on regular food and doing well.

It remains unknown what caused the fire because of the amount of waste taken in daily.

Mr Fitzpatrick continued: “When the site was closing I did one last check and rather than leave her overnight exposed to the elements, I took her home. 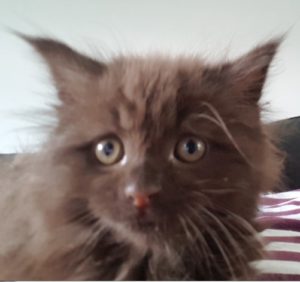 “The following morning, I took her to the vets and they recommended a special diet and showed me how to feed her using a syringe.

“For the next two weeks I was feeding every four hours day and night.”

Given the name Smokey, she is now on regular food and doing well.

Test results on the building have shown that due to chloride levels that were produced from the various waste types that burnt in the fire, a full decontamination process is necessary.

In a bid to help residents, the opening hours at Swanley, Dartford and Tovil have been extended on Wednesday until 6.30pm and Thursday until 6pm.