Whatever the weather this winter, Kent’s gritters are ready for action.

Today (October 17), the county’s 67 gritters including five mini gritters warmed up their engines and took part in a dry run of gritting routes.

The dry run allows drivers old and new to familiarise themselves with the routes, ensure vehicles and their systems are working and pick up any issues. 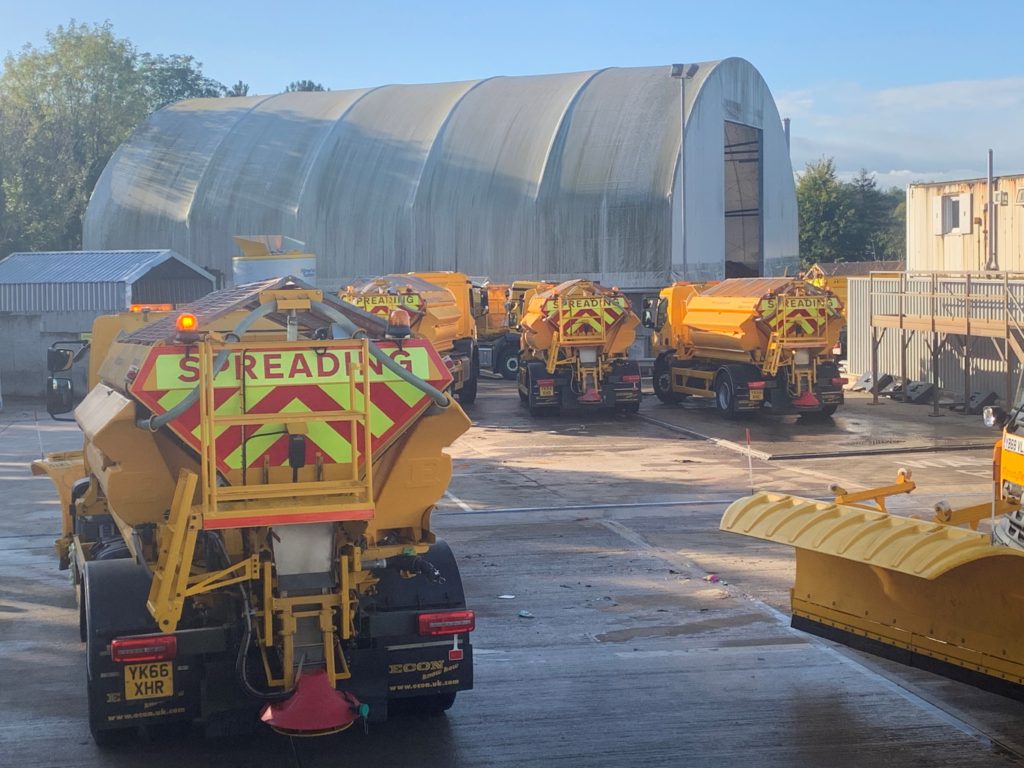 This year in 23 lorries, new in-cab technology automates the gritting process to ensure that only the critical areas of the primary network are salted and only with the correct spread rates of salt.

Gritters will now be on standby for when the temperatures plummet. 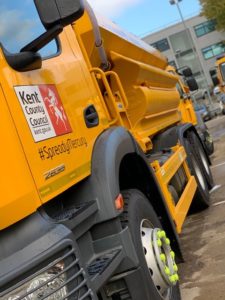 Last year was milder than average with 56 runs completed and one day of snow.

As outlined in its Winter Service policy, KCC uses weather stations across the county together with a bespoke road weather forecast to measure the temperature and make the decision on whether to grit or not.

KCC’s primary salting routes cover about 30% of road, including:

In the event of snow and if there are available resources KCC will consider treating other parts of the network outside the primary network. KCC is not responsible for gritting Highways England roads such as the M20, M2, A21, A2, A249 and A20. 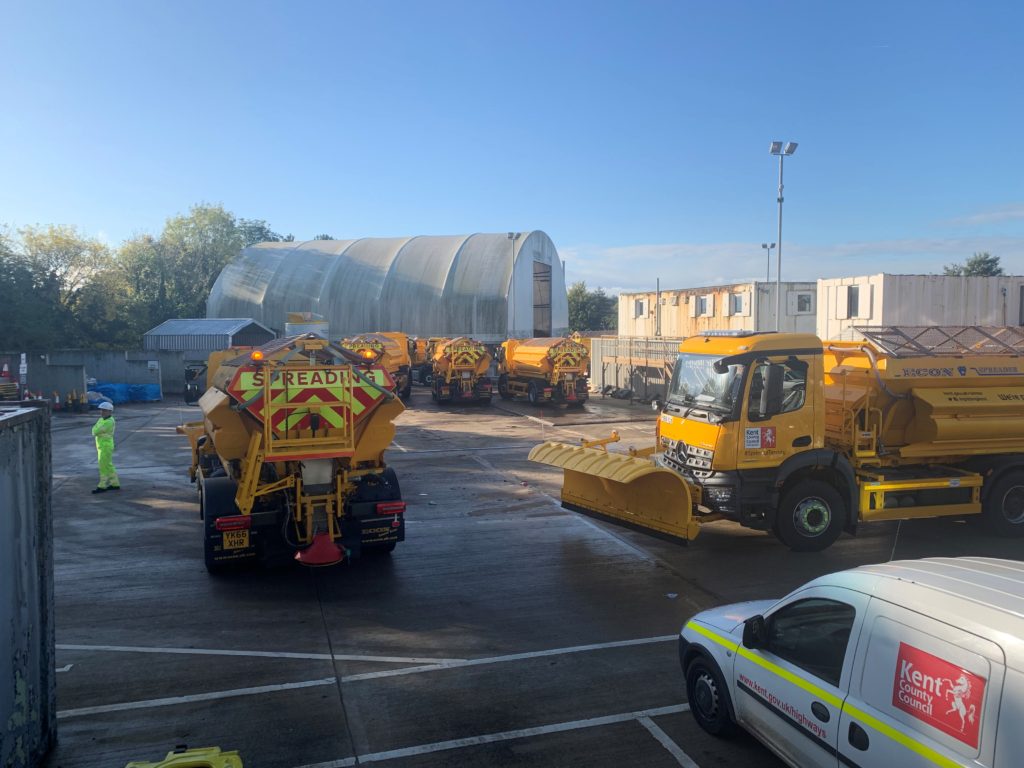 A decision on whether to grit the roads is made by road surface temperature (RST) which is not the same as the air temperature.

Kent Highways has 23,000 tonnes of salt held in six depots countywide for distribution.

KCC is backed up by 114 farmers to help plough rural routes during extreme snow. Parish councils are supplied with one tonne bags of a salt/sand mix for use in rural areas in the county.

Unlike roads, KCC is not responsible for gritting pavements but does provide nearly 3,000 salt bins across the county for use by the public. All salt bins have a unique number that will be utilised by the contractor for filling and will assist members of the public to accurately report empty bins. 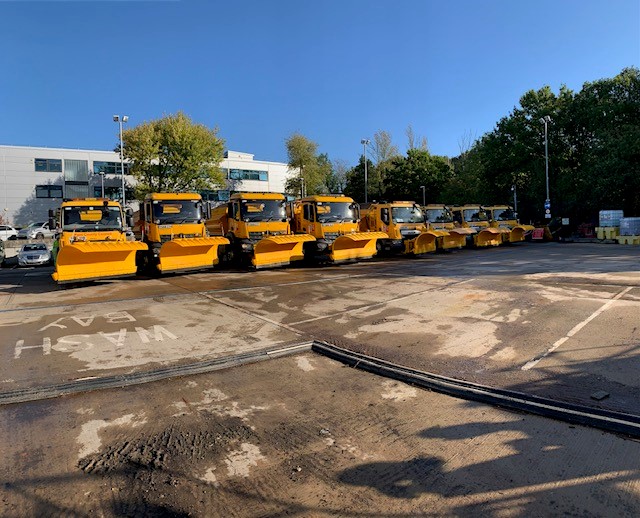 As part of the launch, KCC is urging the public to:

Kent County Council Cabinet Member for transport Mike Whiting said: “It might seem early to be thinking about winter but freezing conditions can strike early and we’re fully prepared.

“We’re stocked up with 23,000 tonnes of salt, held in a network of depots across the county and our gritters are ready to be deployed should the temperatures plummet.

“As we say every year, gritting the roads doesn’t equate to snow and ice vanishing, so please drive with extra care.

“Whilst we’re confident we’re prepared, I’d urge everyone to make sure they’re ready for the winter months.

“This includes checking over your car, particularly brakes, topping up anti-freeze and ensuring tyres are in the best condition for maximum safety.

“As ever, check the weather before travelling and make use of our salt bins to improve grip on roads and pavements.”