Rural areas across Kent are at the forefront of plans to make ultrafast, ultra-reliable and future-proof broadband available in the South East. 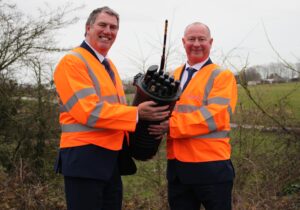 Of 63 market towns and villages included in plans announced by Openreach, 26 are in Kent.

Openreach’s previously-stated target is to reach four million homes and businesses with ‘full fibre’ technology by the end of March 2021.

These new locations across Kent, Essex, Surrey, Sussex, Hampshire and the Isle of Wight are part of the company’s ambition to extend its new ‘full’ fibre-to-the-premises (FTTP) network outside cities.

The work builds on successful village trials launched towards the end of last year – including Seal near Sevenoaks – which have seen engineers developing a range of new tools, skills and techniques to help Openreach build full fibre in areas previously considered too complex or expensive to upgrade.

Mike Whiting, Kent County Council’s Cabinet Member for Economic Development, said: “We are delighted that so many of the harder-to-reach locations that Openreach is investing in for the South East are in Kent. I have no doubt that full fibre will boost both the economy of the county and opportunities for people living and working in Kent, so this is great news for the area.”

He said the Openreach plans were in addition to the £5million already committed by KCC and Building Digital UK to connect more than 5,000 homes and businesses in the hardest-to-connect parts of Kent with full-fibre broadband connections.

Laura Whelan, Openreach’s Partnership Director in the South East of England, said: “This is great news for people living and working here and builds on Openreach’s strong track record of working in rural areas, for years playing a key role alongside local councils to upgrade more than 97 per cent of the South East of England to superfast broadband. Today’s announcement is about taking that next step and building a full fibre network that is not only faster, but also more reliable and future-proof for generations to come.”

There are clear economic benefits to building full fibre in rural areas.  A report commissioned by Openreach last year revealed that connecting everyone in the South East to ‘full fibre’ broadband would create a £8.7 billion boost to the region’s economy.

The report also revealed that 65,000 people in the region could be brought back into the workforce through enhanced connectivity. This could include roles within small businesses and entrepreneurs – as well as allowing thousands more people to work remotely, by unlocking smarter ways of working, better public services and greater opportunities for the next-generation of home-grown businesses.

More information on KCC’s collaboration work with Building Digital UK can be found at www.kent.gov.uk/broadband.