Delegates at the 6th Rail Summit heard how season ticket prices to the capital are between 7% and 12% above those from other counties, for similar journeys. 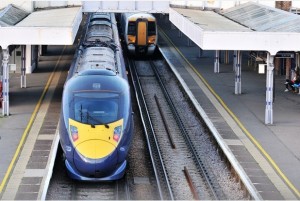 “It is clear that commuters from Kent are paying significantly more for their rail journey to work when you compare annual season tickets from destinations in other counties. Our commuters have borne disproportionate fare increases and we are lobbying government, which regulates this area, to address it.

“This is not just a financial burden for residents. We are concerned that it is impacting the appeal of Kent for those looking to move from London, where property prices are significantly higher.”

The Rail Summit also heard about improvements to the county’s rail services planned for the next major timetable change. The key outcomes of Kent County Council’s ‘Rail Action Plan for Kent’, which are now approved by the Department for Transport for delivery in January 2015, were highlighted by Stephen Gasche, KCC’s rail officer:

The event also heard from Charles Horton, Managing Director of Southeastern Railway; John MacQuarrie, from the Department for Transport; and Pierre Delalande, Head of Public Affairs at Eurostar.

Mr Delalande told delegates that Eurostar recorded more than 10million passenger journeys last year, with 27 trains serving Kent stations each weekday. He also updated the meeting on planned expansion of services to the continent, including to the South of France next year, and from 2016, a London to Amsterdam service.

View a webcast of the 6th Kent Rail Summit.