To mark the 50th anniversary of the striking green London Country buses, Kent County Council has partnered with Arriva and Go-Coach to celebrate the iconic look.

The bus deregulation programme outside of London drew this chapter to a close with the company being divided into smaller divisions and sold off. 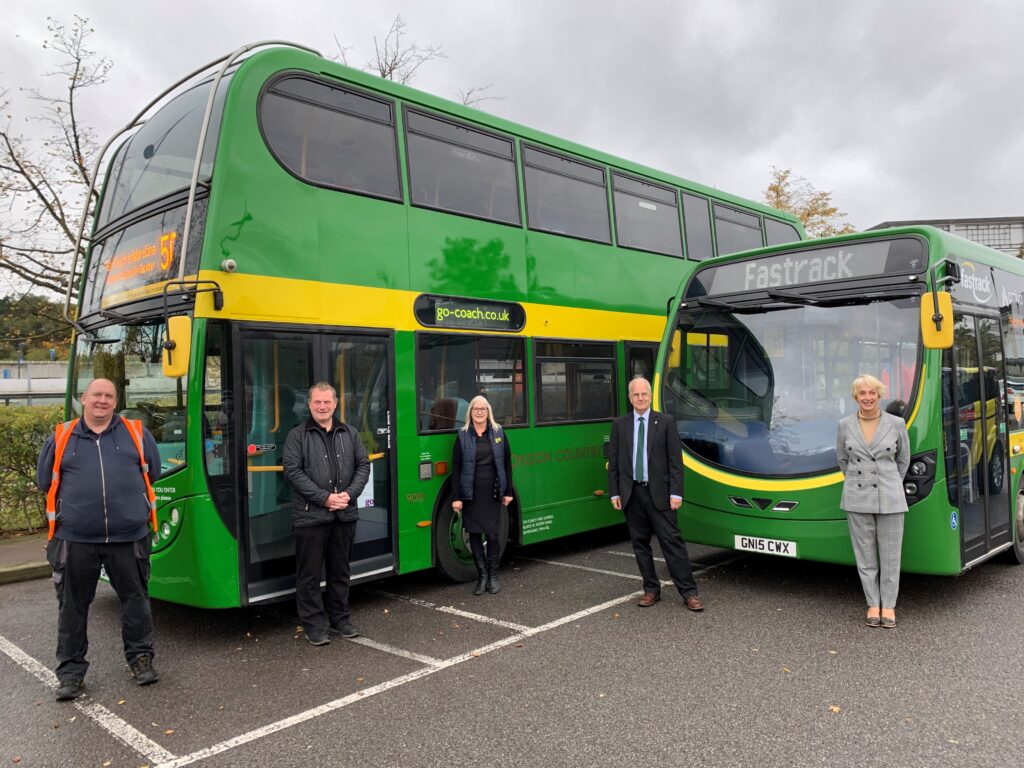 KCC Cabinet Member for Highways and Transport Michael Payne said: “Five decades on, the colours of buses have changed a few more times in North West Kent, but their vital role in the fabric of our communities has not.

“I’m delighted to have joined forces with Arriva and Go-Coach to mark the 50th anniversary of a key part of Kent’s bus heritage by bringing back the retro livery of London Country.

“It is fitting that Arriva and Go-Coach not only operate over old green London Country routes, but are both also involved in innovative new ways of providing bus services that are greener for the environment.”

Under contract to KCC, the Fastrack service currently operated by Arriva will see its next generation of buses going zero-emission and electric.

Fastrack Advisory Board Chair Catherine Rankin said: “This is part of a major network expansion, not only taking in the developing areas of Ebbsfleet Garden City and Northfleet Embankment, but also becoming the heartbeat for transport connecting people to the London Resort theme park, should Government give this the nod.”

Also joining the livery change is Go-Coach which is providing a demand-responsive and flexible bus service for the rural and often isolated areas of Sevenoaks.

Branded Go2, the service is bookable via an app and operates like a shared taxi, meaning that journeys will be made only when and where they are required. 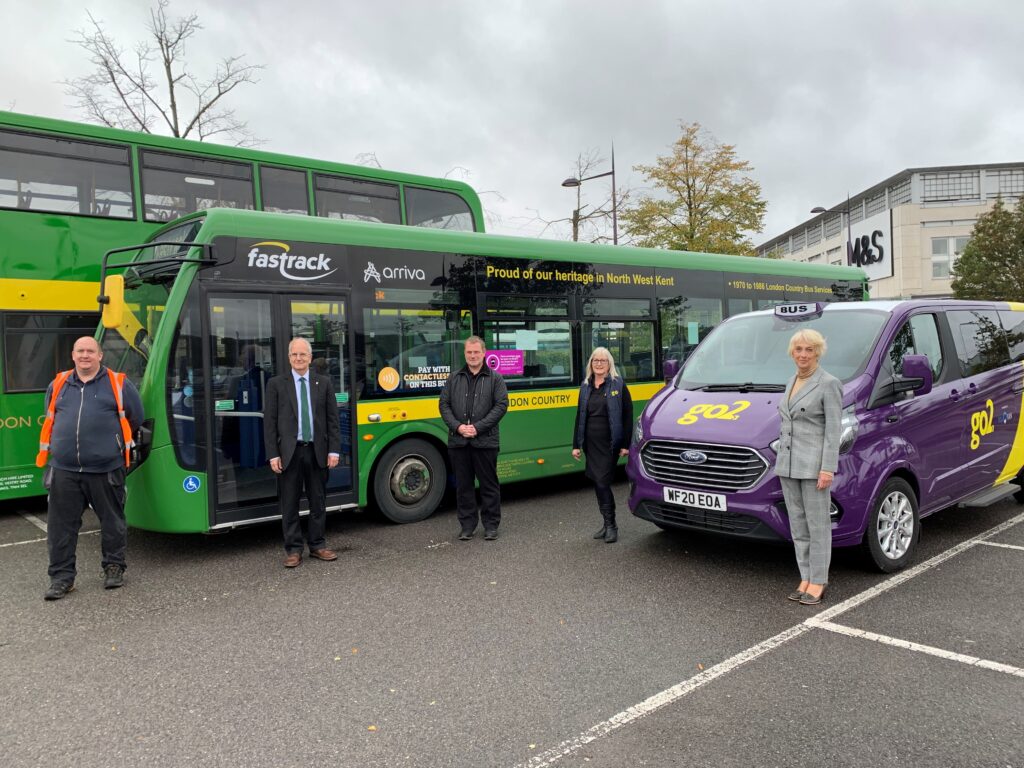 “Go-Coach and KCC have been heralded as trailblazers within the industry.”

Head of Public Transport at KCC Phil Lightowler said: “In a year that has been particularly tough on the bus industry, this project has been a small ray of sunshine and a sign of better times ahead. 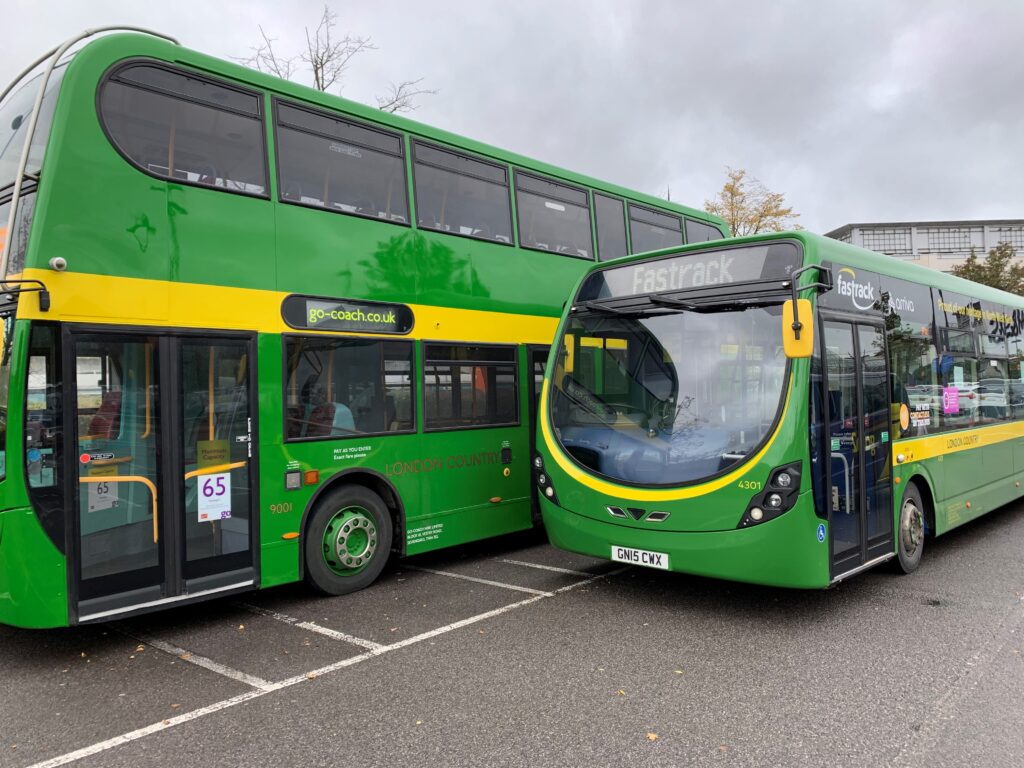 Kent’s buses have a green heritage with a green future too was last modified: October 8th, 2020 by Thom Morris