At the launch of the Poppy Appeal 2019 at Kent County Council today, the Royal British Legion encouraged the nation to recognise the unseen service and sacrifice of our Armed Forces, past and present.

Throughout this year’s Poppy Appeal the Legion will be shining a spotlight on the many hidden contributions made by the Armed Forces community every day.

Alongside members of service personnel and representatives from the Legion, the Chairman of Kent County Council Ann Allen MBE was present to officially launch the Kent Poppy Appeal to the Civic Dignitaries from throughout Kent and Medway including Military, Reserves and Youth members and representatives who were gathered in the Stone Hall and Lecture theatre for the Annual Civic Launch of the Royal British Legion Poppy Launch. 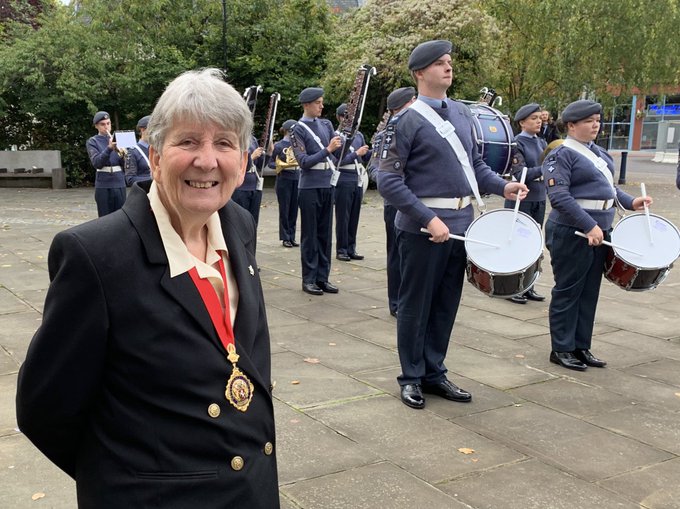 KCC Chairman Ann Allen MBE said: “Each day our Armed Forces provide an incredible service to our country in all kinds of ways, many of which we don’t necessarily see, but all of which impact our lives.

“The unseen sacrifices they make on our behalf deserve to be recognised so wear your poppy with pride and show your support for our Armed Forces community, past and present.

“Every donation received will make a real difference not only to the lives of Service men and women and veterans, but to their families as well who can also experience difficulties dealing with the circumstances of a loved one who is serving.”

The Appeal for the year ended September 30 and raised a record breaking £51.4 million nationally of which £2,016,400 was raised in Kent and Medway.

The target for Kent and Medway this year is £2.1 million.

The money raised will enable the Legion to continue its vital work delivering lifelong support to Service and ex-Service personnel and their families through hardships, injuries and bereavements.

The Legion uses donations in many ways including providing crisis grants, sport and art-based recovery programmes, specialist dementia care, lobbying the government on issues that affect our community and advising and supporting with benefits and money issues.

This year’s Civic Launch was concentrated on the support the Legion receives from its Youth Members and the Local Youth Organisations. 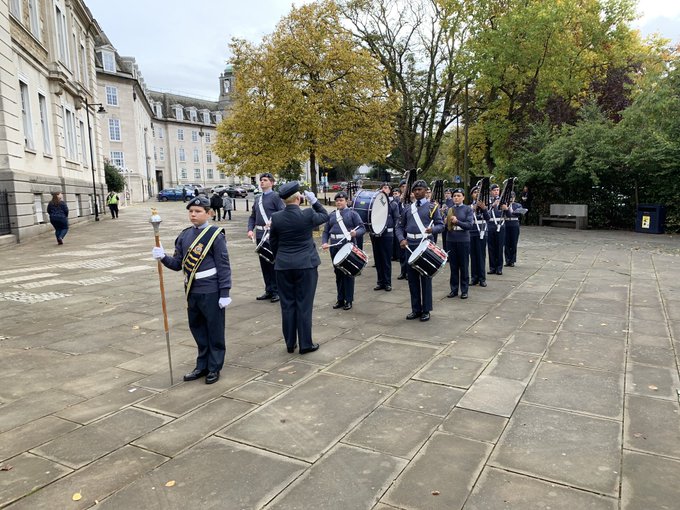 Present was Callum Balch (17) the RBL Kent County Youth Standard Bearer accompanied by Youth members carrying Branch Standards in either Legion or their own organisation uniforms.

Talks were given by Kaitlin Hudson (13) and Abigail Ward-James (17) on why they support the work of the Legion and the Poppy Appeal. Also present were Kent Wing Air Training Corps Band, Royal Air Force Air Cadets and the Brompton, Invicta and Shorncliffe Military Wives Choir.

The Royal British Legion’s Kent President Mr Leyland Ridings JP said: “During the Poppy Appeal this year we want to raise awareness of the less well known work our Armed Forces do, and the unseen sacrifices and hidden contributions they make that many of us simply don’t get to see.

“From combating piracy and providing support during natural disasters, to working in collaboration with organisations such as the police to keep the nation safe, our Armed Forces are supporting us daily in a huge variety of ways.

“Life in the Armed Forces comes with unique challenges for those serving, and for their families, yet they are here for us every single day and always have been, so the Legion is here for them whenever they need us.”