The Leader of Kent County Council, Paul Carter, has personally congratulated a Kent couple who’ve been awarded MBE’s for their services to children in the county.

Ron and Rinie Upton have fostered a total of 151 children and were invited to County Hall to discuss their career as foster carers that spans an astonishing 32 years.

The couple, who live in a village just outside of Canterbury, have 5 children and 13 grandchildren of their own and explained how they always wanted a big family and saw an advertisement in the newspaper for foster carers in 1984.

Some of the children in their care stayed with them for only a short time and others stayed until the age of 18. The busiest period of their lives saw the couple looking after a total of 11 children at one time, which included their own kids.

Rinie Upton commented “We have loved every minute of it. I don’t think the kids that we’ve fostered could ever really understand just how much they all meant to us.”

The couple’s eldest son, Sean, nominated his parents for the MBE and when they received the letter in November last year, they first thought it was a joke.

Rinie said “I opened the letter and just thought it was a wind-up. But then we read the letter again and then realised it was official. The hardest part was keeping it a secret from our family as we could not announce it until the New Year’s Honours List came out.” 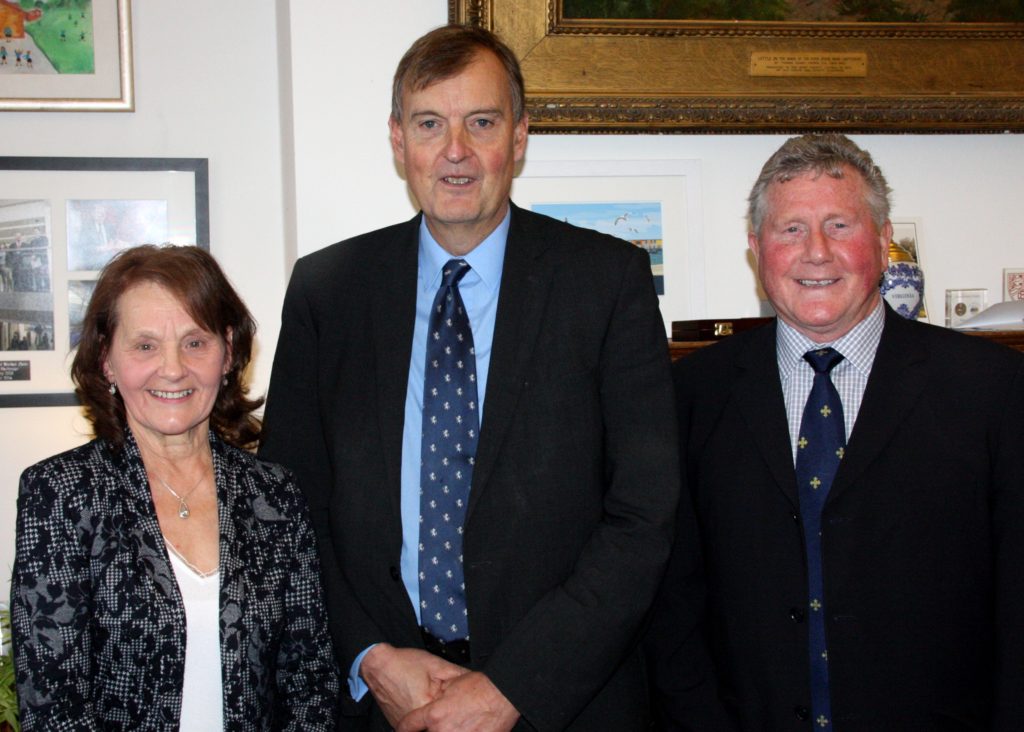 Ron and Rinie Upton have fostered a total of 151 children and were invited to County Hall to discuss their career as foster carers that spans an astonishing 32 years.

The couple have been invited to Buckingham Palace in March to receive their MBE and are also celebrating their golden wedding anniversary this year. They will be celebrating with their family, who they thank for their support over the years.

Ron said “We have just retired last week as foster parents and it has been an incredible 32 years. We would recommend fostering to anyone. Every child is different and we have had to gain their trust as foster parents. We still keep in touch with many of them.”

Leader of the Kent County Council Paul Carter thanked the couple for their service.

“Foster cares do an amazing job and, in the case of Ron and Renee, they have changed the lives of 151 children which is incredible,” he said.

“We need more foster carers and without very committed and special people like Ron and Renee, the children that have been lucky enough to be looked after in their loving home may not have been given the same opportunity.”

Fostering is a paid role and age and experience is not a barrier. Foster carers are fully trained and supported throughout their time fostering with Kent County Council and there are plenty of opportunities to meet with other foster carers.

Foster carers can be single, in a long-term relationship, with or without children and do not need to own their own home. They need a spare room and the determination and understanding to make life better for vulnerable children in Kent.

To find out more about becoming a foster carer and hear first-hand from foster carers, visit Kent County Council’s next fostering event.