The blaze, which started more than a week ago on Saturday, September 15, is expected to require firefighters to have a presence on site until late October.

Today KFRS released two videos offering advice to members of the public who might be worried about the smoke from the fire, and who are interested in an update on the work the fire service and its partners have been doing. 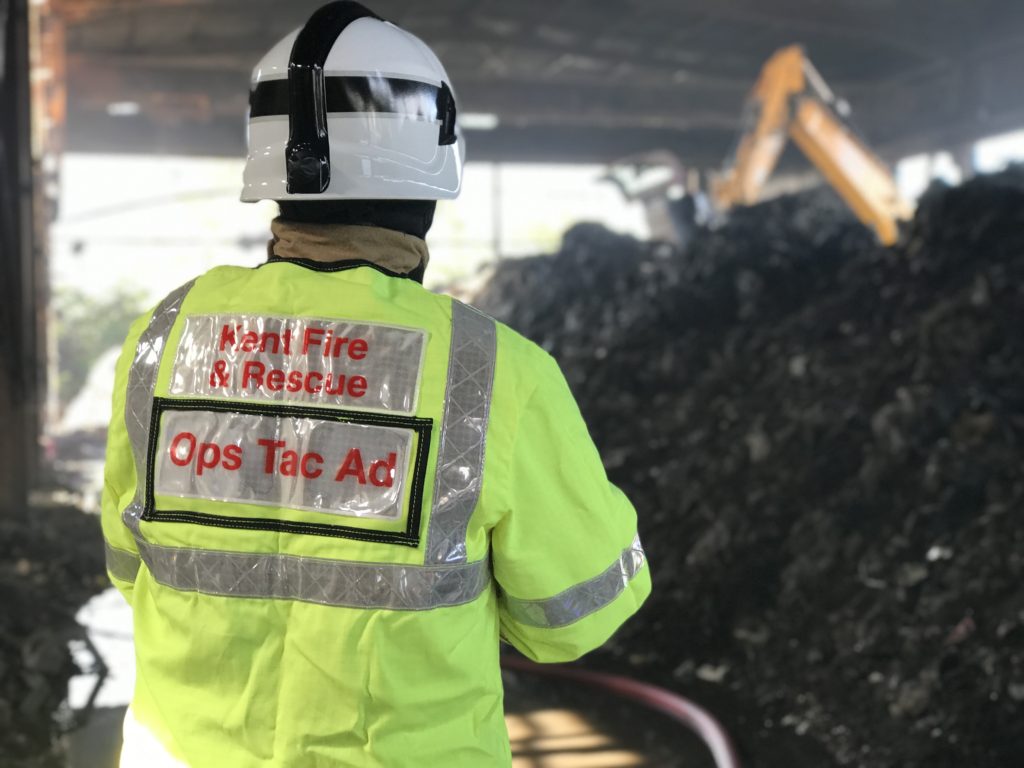 One video was made in conjunction with Public Health England, which offered the following advice to residents in the immediate vicinity of the fire:

• Motorists who have to travel through the smoke should keep windows closed, turn off air conditioning and keep their air vents closed

• Some of the substances present in smoke can irritate the lining of the nose, throat and lungs, the skin and the eyes. Symptoms may include coughing and wheezing, sore throat, feeling short of breath, runny nose or eyes or chest pain. In general, exposure to smoke is more likely to affect people who have existing breathing problems, lung or heart conditions

• The very young and very old, smokers, and people with flu or flu-like illnesses, may also be at greater risk after exposure to smoke from fires.

• To minimise your exposure, limit the amount of time you spend outside in the smoke

If symptoms persist seek medical advice by calling NHS 111 or by contacting your General Practitioner (GP). If a medical consultant is already treating an existing health condition, discuss your concerns and symptoms with them. In the case of an emergency call 999.

KCC has been supporting KFRS, giving information to schools in the affected area.

Watch the videos and find out more here: http://www.kent.fire-uk.org/news/incidents-of-note/westwood-fire-margate-sept-2018/