Kent County Council is set to lobby Government to devolve power and funding to local government.

Members voted in favour of a motion calling on central government to “devolve more powers and money, not just to Scotland but to existing levels of local government at county, district and parish level”.

It was passed with 77 votes in favour, one against and one abstention. 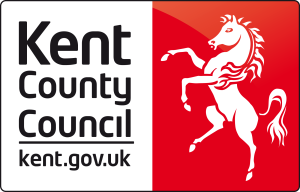 KCC Leader Paul Carter said: “Now is the time, before the next general election, for local government to really put its marker down about the earned autonomy we should see coming out of Whitehall and Westminster to us.”

The motion was proposed at the full council meeting last Thursday by Susan Carey, KCC Deputy Cabinet Member for Finance and Procurement.

She said: “People have been asking why it’s acceptable for Scotland to enjoy more control over its affairs and get more money per head of population than the rest of the UK.

“In Parliament they have been debating English votes for English laws and I’m all in favour of that but more than this, I want to see control of our local affairs move from unelected civil servants and quangos to our existing local government structure.

“At parish, town, district, borough and unitary level, we are people who live locally and live with the consequences of our decisions. We are committed to our areas in ways that remote official could never be.”

As an example of the powers that could be devolved to Kent, she compared the government’s school building programme to KCC’s own investment and delivery in new classrooms.

She said that KCC successfully bid in 2012 for 13 schools to be rebuilt under a scheme managed by the government’s Education Funding Authority.

It will be five years before these schools will be delivered. In contrast, KCC has delivered nearly 200 new classrooms, the equivalent of 27 new primary schools, in the past two years.

Average building costs for KCC projects are also 25% less than those of the EFA.

Kent County Council will now make a bid for the powers and funding it believes it can deliver better locally.