Kent County Council is calling on the government to make changes to road maintenance budgets warning the current system could lead to a “rapid spiral of asset deterioration”.

KCC is on course to secure its highways maintenance budget in the face of diminishing government funding by receiving a ‘band three’ in funding.

The rating, from the Department for Transport (DfT), means KCC will receive £26.6 million this year rather than £25.2 million in its current band two rating. 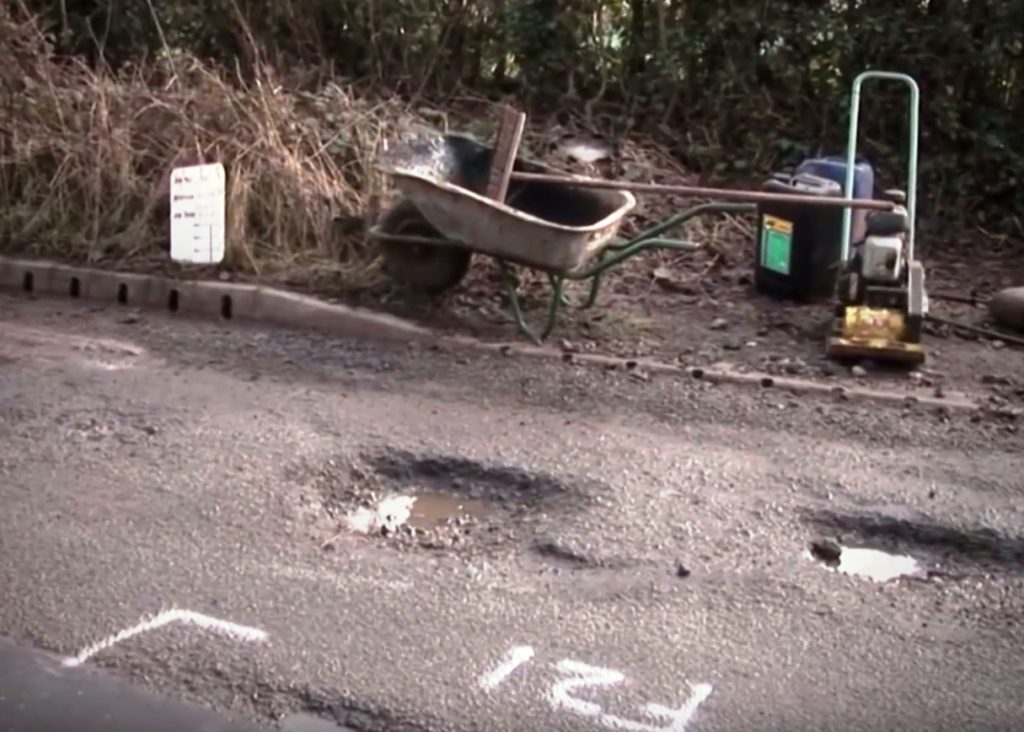 Kent County Council is calling on the government to make changes to road maintenance budgets warning the current system could lead to a “rapid spiral of asset deterioration”.

As government funding in general continues to dwindle and KCC faces extra pressures on its finances, the current condition of the road network equates to a maintenance backlog in the region of £630 million.

Cabinet member for highways Mike Whiting said: “This report clearly shows the scale of the problem facing Kent, alongside many other local authorities across the country.

“This is something we are determined to tackle and the report outlines the clear way forward to ensure we are showing government that we need this funding to maintain not just our roads but the multitude of other highways areas.

“There is huge disparity in funding between councils across the country, which experience vastly differing traffic levels, and between the Highways England and local highway networks.

“We believe the current formula is unsustainable – roads in Kent carry significantly higher volumes of freight than much of the rest of the country.

“Kent is the gateway to Europe and consequently the number of vehicles – some seven billion miles of journeys a year – use our roads and it inevitably takes its toll.”

An industry report estimated that the cost of bringing local roads in England and Wales up to scratch is around £12 billion.

Mr Whiting added: “Kent has an extremely good record of highways maintenance and investment – our £40 million LED street lighting programme and our recent £5.8 million investment in the Thanet Way – but our roads and pavements will deteriorate significantly if current funding levels are maintained.

“We will be calling on central government to improve funding for local road maintenance generally but also to specifically explore the scope for utilising funding from other legitimate sources such as potentially charging foreign lorry drivers and drawing on Dartford crossing revenues.”

Government introduced the HGV road user levy in 2014 which, in its first year of operation, generated £192.5 million – with £46.5 million from foreign-registered vehicles, the majority of which would have travelled through Kent.

The issue will be discussed at the Environment & Transport Cabinet Committee on Wednesday, January 31 from 10am.

You can read the agenda and watch live here.