Kent residents are being urged to maintain awareness of an imported disease that can cause long-lasting and even fatal damage to Ash trees.

Ash Dieback has the potential to infect Ash trees, including the half a million growing on private land in the county and some 20,000 on Kent County Council (KCC) maintained land.

The disease is caused by a fungus that originated in Asia. As European Ash (Fraxinus excelsior) – Kent’s most widespread tree species – did not evolve with the fungus, it has no natural defence against it. 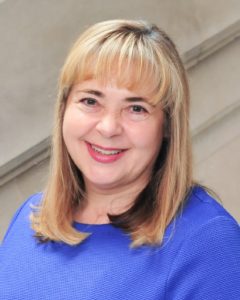 Spores produced by the fungus can blow many miles and when they land on other Ash trees they block their water transport system, causing their twigs and branches to die back, weakening these trees and making them vulnerable to other threats such as drought, waterlogged ground, and secondary diseases.

Since 2012, KCC has chaired the multi-agency Kent Resilience Forum Ash Dieback Strategic Co-ordinating Group and has drawn-up well-evidenced and effective biosecurity and contingency plans for this threat to Kent’s environment.

KCC monitors the spread of the disease by annually surveying nine sample areas across the county, an approach shared with other local authorities through national guidance.

In addition, a comprehensive plan is being drawn up to consider the options of replanting individual trees lost to this disease.

KCC’s Cabinet Member for Environment, Susan Carey, said: “Ash Dieback is spreading and continues to be a real risk to Kent’s environment and economy.

“KCC has developed tools and advice to help everyone, who visits and enjoys our natural world, to identify symptoms of Ash Dieback and tips of what can be done to reduce future spread.

“Our KCC team has developed a science-based response which seeks to slow the spread and save those trees which can resist the fungus. The work done in Kent has shaped national guidance, which is a real accolade to the officers involved.

“Thanks to the approach taken by our team the worst predictions of the impact of Ash Dieback have been averted in our county.”

While there is currently no cure or treatment, there are ways to minimise the risk of spreading the infection onto otherwise healthy trees. These include not taking away sticks or twigs as well as wiping mud and leaves off shoes and washing wheels after visiting areas known to be infected.

People with infected Ash trees can also help to stop the spread by collecting fallen leaves and burning, burying, or deep composting them.

An update will be going to councillors for discussion at the next Environment and Transport Cabinet Committee meeting, due to be held on 18th January.

Visit https://democracy.kent.gov.uk/documents/s108742/Ash%20Dieback%20Report.pdf to read the report ahead of the meeting.