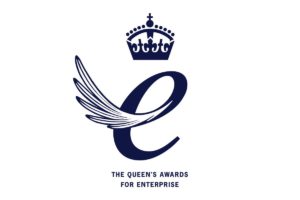 Her Majesty The Queen has today named 201 businesses as among the best in the country in the prestigious Queen’s Awards for Enterprise to celebrate Her Majesty’s 93rd birthday.

The winners include businesses leading the way in a huge range of industries – from construction, agriculture, motoring and software development.

Winners from Kent are:

This year, three quarters of the total are SMEs, 30 of which have fewer than 10 employees.

They will join more than 6,000 British businesses in receiving the prestigious honour and will have the privilege of displaying the Queen’s Awards for Enterprise emblem for five years.

The Awards, now in its 53rd year, are the most prestigious awards for UK businesses, with companies from across the UK recognised for their contribution in the four categories.

Atom Brands started trading in 2011, and is based in Tonbridge, Kent. The company is a producer and exporter of gin, scotch whisky and rum and exports to over 40 different markets.

The growth strategy focuses on distribution in countries with an emerging and growing craft spirits market. Distributors are chosen based on their portfolio of flagship brands, premium brands relying on quality for sales rather than selling on price.

Atom Brands has formed strong relationships across Europe, Asia, Australasia, North America, Middle East and Africa. Singapore was a new market during the application period. Overseas sales have grown by 345% over the three year application period and in the final year of application 37% of total sales was exported.

The company wins the Queen’s Award for International Trade for Outstanding Short Term Growth in overseas sales over the last three years.

It took many years of lobbying by the company before their technology was accepted and it now leads the way in vehicle and plant safety, having extended its portfolio to include all-round visibility, pioneering many products and developing and patenting new technology.

Over the most recent three years, the company’s overseas sales rose by £12.8 million, with year on year growth exceeding 25% per annum. Export sales peaked at £27 million in January 2018 up from £14.3 million in 2016, and exports now account for nearly two-thirds of total turnover.

Its five leading markets are Germany, USA, Italy, France and Finland. The company is focusing its continued growth on international markets away from the EU. The company wins the Queen’s Award for International Trade for Outstanding Short Term Growth in overseas sales over the last three years.

Trinity Fencing has traded for over 30 years, providing fencing, decking and landscaping and since 2015 it has run an apprenticeship programme for offenders, ex-offenders, the unemployed, NEETS and young people with learning difficulties, providing qualifications, work experience and help with home rental costs during the apprenticeship period.

It works closely with HMPYO, to help young offenders progress into employment, plus mentoring to help reduce re-offending rates. It has delivered such benefits to 13 disadvantaged people to date.

Kent businesses honoured by Her Majesty the Queen was last modified: April 23rd, 2019 by Thom Morris