Kent bird keepers are being reminded of the importance of keeping commercial flocks and pet birds indoors and following strict biosecurity rules to limit the spread of Avian Influenza (AI). 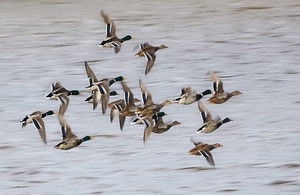 While the risk of transmission is low, people are also being urged to continue reporting, and not to touch or pick up, dead or sick birds they find while out and about enjoying Kent’s great outdoors after the H5NI strain of the disease was detected in two wild swans as part of routine surveillance on Stodmarsh by the Animal and Plant Health Agency (APHA).

Commonly known as bird flu, AI circulates naturally in wild birds so when they migrate to the UK in winter they can spread the disease to poultry and other domestic birds.

Rules requiring poultry and pet birds to be housed indoors – to reduce contact with wild birds – have been in force since November following a number of confirmed outbreaks and the earlier introduction of an Avian Influenza Prevention Zone (AIPZ) across Great Britain.

Mike Hill, Kent County Council (KCC) Cabinet Member for Community and Regulatory Services, said: “As the UK’s Chief Veterinary Officer has made clear, the country is currently facing its largest ever outbreak of bird flu with over 80 cases confirmed in poultry or captive birds in England since the start of November, including in Essex.

“Not surprisingly, Kent’s wild bird population has proven not to be immune and we continue to keep a close eye on the situation. 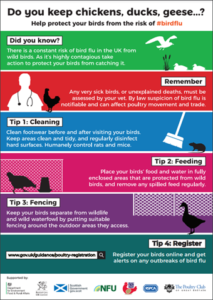 “The UK Health Security Agency has reassured that the risk to the general public’s health is very low and the Food Standards Agency assures properly cooked poultry and poultry products, including eggs, are safe to eat.

“But should people find dead swans, geese or ducks or other wild birds, such as gulls or birds of prey, they should not pick them up, and instead report them to the Defra Helpline on 03459 33 55 77. This reporting helps the APHA understand how avian flu is distributed geographically, and in different types of birds, so calls do count.”

In the event of an outbreak in Kent, KCC Trading Standards would work closely with Emergency Planning colleagues and the APHA to ensure measures and restrictions in place are followed to protect public and animal health – and enforce the legislation.

Head of Kent Trading Standards Steve Rock said: “Good housekeeping is an essential defence against bird flu and key to limiting its spread.

“All Kent bird keepers should continue following Defra rules and immediately report any signs of the disease in their flocks to the Defra Rural Services Helpline on 03000 200 301.

“People who have over 50 birds are legally required to register but anyone who keeps poultry, even as pets, should sign up – if they haven’t already – so they be contacted in an outbreak.

For the latest bird flu situation, and guidance for both keepers and members of the public, visit: www.gov.uk/guidance/avian-influenza-bird-flu