Kent County Council (KCC) and commercial bus operators have worked together to secure school bus services for as many pupils as possible this September, following notice given by bus operators of their intention to withdraw services across the county.

Some commercial bus operators had planned to stop running routes that serve schools which were economically unviable, due to the difficult challenges of lower passenger numbers, rising costs and driver shortages. These are not services that KCC subsidises or controls.

The scale of the planned changes by bus operators and the impact on school routes was considerable, leaving many children and their families facing the prospect of not being able to get to school in September.

The severe financial constraints faced by the council means that it is not possible to provide large-scale, long-term additional subsidies to bus operators.

Having recognised the significant impact on families, KCC’s Public Transport team worked with bus operators throughout the summer to come up with a range of different measures to provide as many pupils as possible with access to school bus services in September.

As a result of this joint work, bus operators have:

Details of all service changes can be found on KCC’s website at www.kent.gov.uk/buses.

Although it has not been possible to find solutions for all service changes and some may also be less convenient than previous services, KCC is continuing to explore opportunities with bus operators. This includes working with bus operators in the east of the county, who are planning substantial changes to services later this year that will affect school routes. 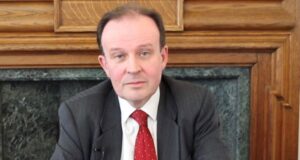 KCC’s Leader, Roger Gough, said: “We recognised that the scale of the changes planned by operators would have a serious impact on the ability of many pupils to get to and from school independently this September.

“That is why I tasked our dedicated public transport team to work with operators to find ways to secure school bus routes for as many pupils as possible. Together, they have done a tremendous job of turning round a worrying situation for families in some parts of the county and offering a range of services that enable as many pupils as possible to access school bus routes from September.

“Despite best efforts, we know that there will still be some service gaps, but unfortunately the council is not in a financial position to adopt the services which operators are looking to withdraw. However, I hope our work so far will give Kent residents confidence that we will continue to work in partnership with operators to deliver the best outcomes possible for communities.”

While the majority of bus withdrawals announced are being proposed by private bus firms, KCC has also planned to withdraw subsidies from a smaller number of bus routes, in line with its approved budget. These plans have been put on hold pending further council meetings in September. Therefore, the bus services that would have been affected will continue as usual until further notice and accept Kent Travel Saver bus passes and other ticket types.

Visit www.kent.gov.uk/buses for an updated breakdown of the updates planned for Kent’s bus services.