Kent County Council has welcomed the ambitions of Transport for the South East (TfSE) in its response to the consultation on the future of transport in the region.

The draft 30-year transport strategy was put out to public opinion last year with the consultation closing this month.

The strategy outlines how, with the right investment in the region’s transport network, the south east’s economy will more than double by 2050 to between £450 billion and £500 billion a year. 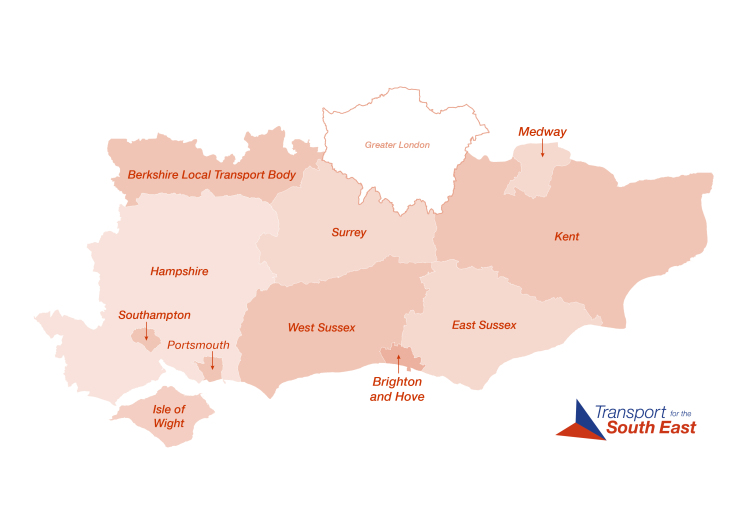 This would lead to the creation of an additional 500,000 jobs, boosting quality of life and access to opportunities for all and helping cut the south east’s carbon emissions to net-zero.

A major focus of the strategy is tackling the region’s reliance on private cars to reduce congestion, cut carbon emissions and improve air quality.

Cars account for 70% of all journeys in the south east compared to just 4% by rail and 5% by bus.

It also highlights how better transport links can support economic growth around key international gateways, such as the Port of Dover and Eurotunnel, both vital to the local, regional and national economy.

To do this, the strategy sets out a 30-year framework to guide decisions about where, when and how money is invested in the south east’s transport network, along with a range of schemes and initiatives to make sustainable travel easier and more attractive to people and businesses.

KCC said it supported the strategic aims including better connectivity between the region’s major economic hubs, improved air quality, and a reduction in carbon emissions to net zero by 2050.

KCC Cabinet Member for Highways and Transportation Michael Payne said: “Our transport network faces unprecedented demand, as does the whole of the south east of England, and our response to this consultation looks to address this significant challenge.

“We have been working in partnership with councils across the South East since 2017 to set out an agenda for transport priorities and for government funding and Kent County Council is supportive of the plan put forward by TfSE.

“We have, however, brought up further opportunities in our response such as the role of commuter coach services and the connection with the Energy and Low Emissions Strategy we are developing, which has shown our residents’ desire to expedite the route to net zero carbon.

“We’ve spoken with our district councils in developing our response and encouraged TfSE to give them greater involvement as we believe their input around planning will be vital.

“The south east is a region where people want to live, work, study and visit. We want it to stay that way, but it can’t just be growth at any cost.

“Investing in better public transport, harnessing new technologies and more joined up planning between transport, jobs and housing are all elements of TfSE’s strategy to create a better, more prosperous and more sustainable south east.”

Transport for the South East is a unique partnership bringing together local authorities and business groups from across the South East to speak with one voice on the region’s transport investment priorities.

TfSE say the consultation responses will now be reviewed and the strategy updated to reflect the key themes and issues raised. Their aim is to publish the final strategy this summer, with a transport investment plan for the region to follow in 2021.