Kent County Council has been shortlisted in the Roundabout of the Year Award by the UK Roundabout Appreciation Society.

KCC is in the running for its safety scheme at one of Ashford’s busiest roundabouts which now has some UK-first modifications.

The roundabout is at the junction of the A2070 and Romney Marsh Road. With data showing the area had a high number of crashes, Kent Highways decided to take a new and innovative approach to roundabout design, based on a Dutch idea, turning it into a ‘turbo roundabout’. 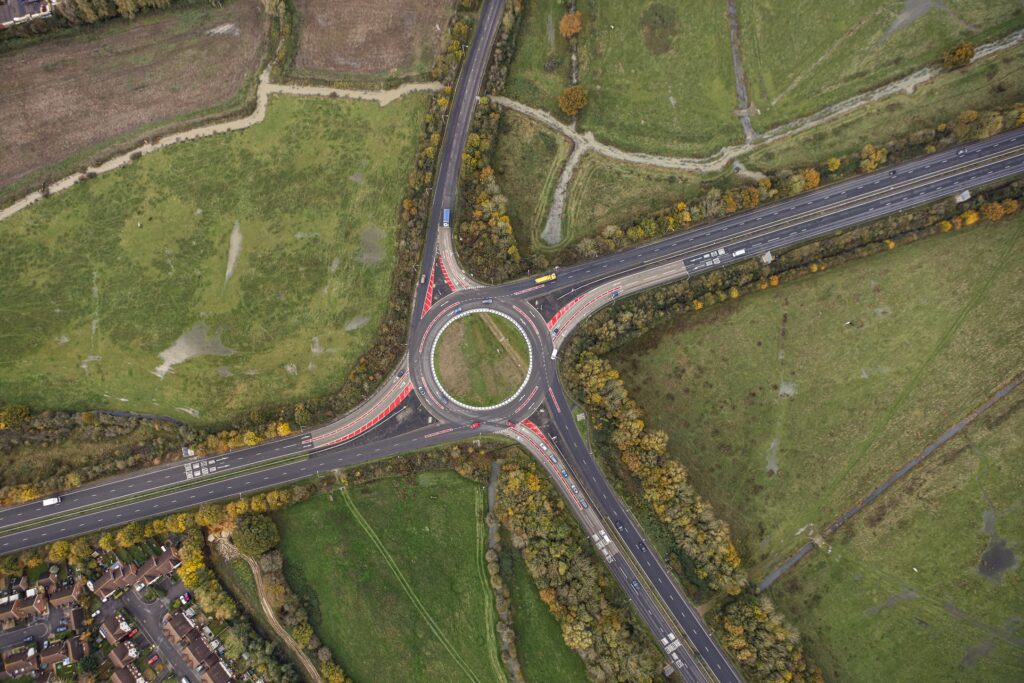 “It has the added benefit of allowing both lanes on the approach to the roundabout from the A2070 to be used to turn right towards the town centre, increasing capacity.

“This means the signs look very different to anything else you will see in this country with the symbols indicating that drivers can use the left lane to turn right.” 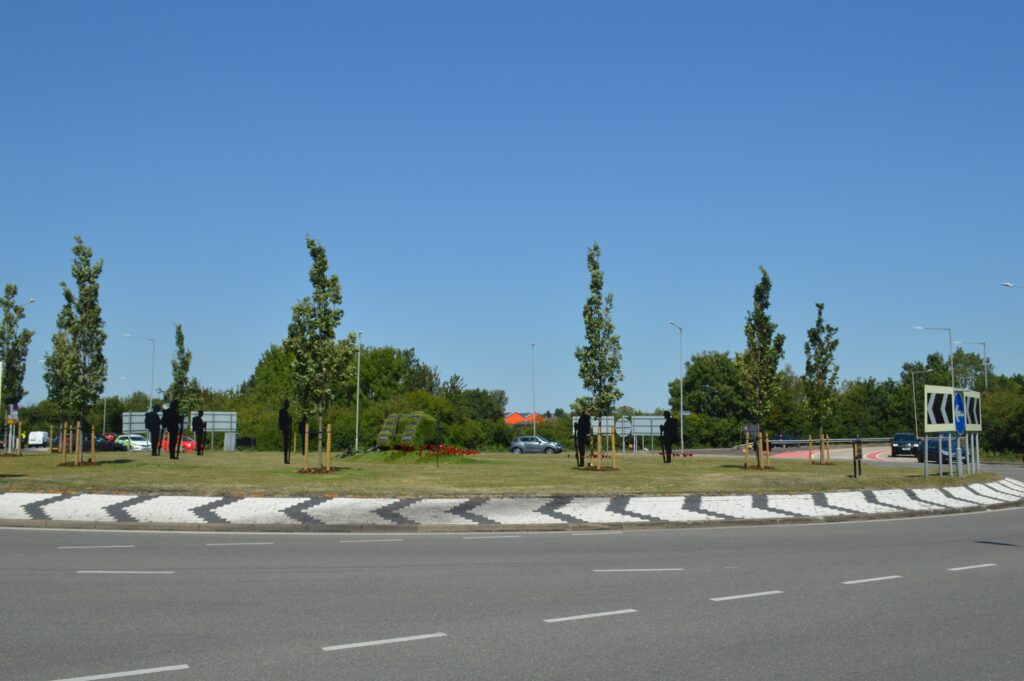 The Kent Highways redesign of the junction gave the project opportunity to discuss with Ashford Borough Council on landscaping ideas.

A memorial to the fallen of World War One was agreed upon and atop the roundabout sits Eight ‘British Tommy’ soldier silhouettes – last seen in the town’s memorial gardens as part of the 2018 Fields of Battle, Lands of Peace commemoration – and also the much-loved Floral Tank, covered in turf and surrounded by trees and a wildflower meadow containing poppies. 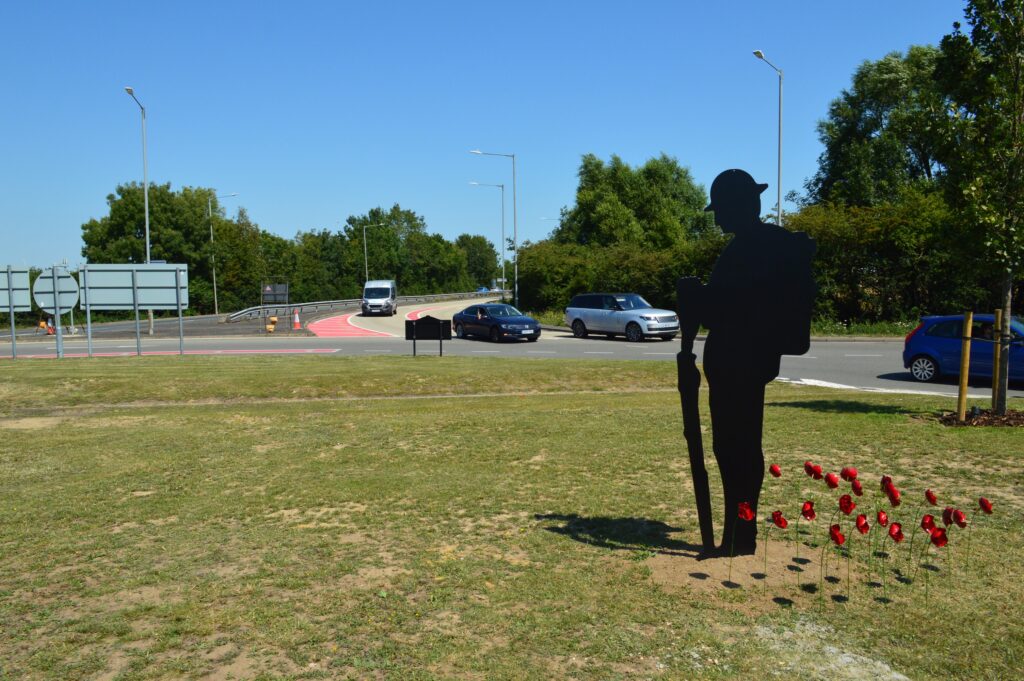 KCC Cabinet Member for Highways and Transport Michael Payne said: “Once again a forward-thinking member of our Kent Highways team has introduced traffic management benefits that could also potentially be used elsewhere in the country to make a difference.

“The roundabout itself is now visually enjoyable as well thanks to Ashford Borough Council’s input.”

The new design has attracted attention from other highway authorities, as well as being considered for adoption into national standards. 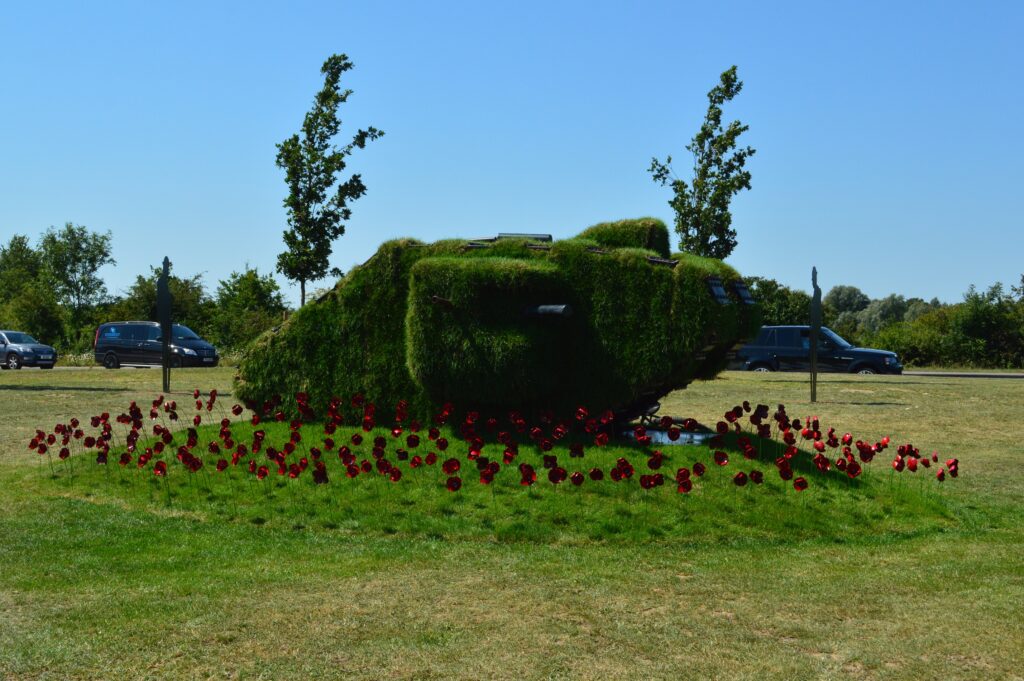 As well as being in the running for the award – joining the likes of Swindon’s Magic Roundabout, the Giant Dandelion in Nuneaton, the Chamberlain clock roundabout in Birmingham, and Truro’s Trafalgar Traffic Island – the roundabout will also feature in the Best of British Roundabouts calendar 2021.

KCC shortlisted in Roundabout of the Year Award was last modified: July 31st, 2020 by Thom Morris